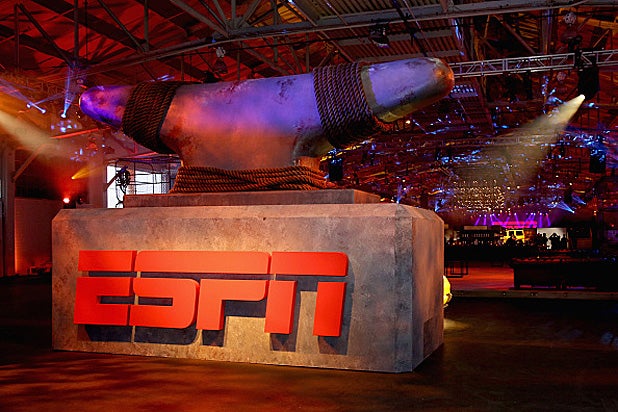 Disney added its TV networks including ESPN, ABC and Disney Channel to the lineup on Sony’s streaming TV service Playstation Vue Tuesday, widening its overtures to people who are cutting the cord.

Vue also cut the prices of its packages by $10, bringing the monthly rate of its entry-level tier to $40. One of Vue’s competitive hurdles is its price tag. Higher than Dish’s Sling TV, a rival that prices its smallest bundle at $20, Vue bumps up against the problem that its cost combined with an Internet service bill begins to add up to nearly the cost of a outright cable subscription.

It’s the latest move by Disney to fend off worries about cord-cutting eating away at its crown jewel of television business. TV revenue, particular from powerhouse ESPN, is the backbone of Disney’s financials, but the growing subset of people eschewing a pay-TV subscription for online alternatives has shaken Disney investors.

Disney CEO Bob Iger’s admission in August that ESPN was experiencing some subscriber losses triggered a sell-off in not only Disney shares but also those of television companies widely. Last month, Iger said that  ESPN has recently started to see an uptick in members, crediting streaming options like Sling for part of that.

Playstation Vue marks the first time Disney and ESPN networks are offered over the Internet in a multi-channel pay TV service with multiple streams and cloud DVR.

Vue, which is available in seven U.S. cities including Los Angeles, will add ABC, Disney Channel, Disney Junior, Disney XD, Freeform, ESPN and ESPN 2 to the $40 subscription tier. People who subscribe to its $45 tier will also get ESPNU, ESPNEWS and SEC Network, while Disney’s Fusion is reserved for people who pay for the Vue’s biggest, priciest package at $55.

ABC local stations will be added to all multi-channel plans in New York, Los Angeles, Chicago, Philadelphia and San Francisco. Plans to add ABC video on-demand programming for Dallas and Miami will be announced later, the company said.