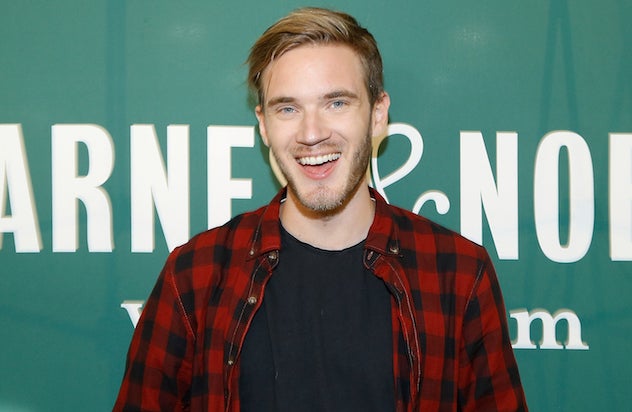 PewDiePie, whose real name is Felix Kjellberg, has been dropped by the company after videos of his featuring anti-semitic jokes were uncovered by the Wall Street Journal.

According to the report, Kjellberg posted a video on Jan. 11 featuring footage of two men laughing as they hold up a banner reading “Death to all Jews.” In addition, the paper found nine other instances of anti-semitic jokes on his channel.

Kjellberg has since defended the video as a joke that went too far after advertising on the video was pulled by YouTube’s parent company, Google.

“Although Felix has created a following by being provocative and irreverent, he clearly went too far in this case and the resulting videos are inappropriate,” Maker said in a statement provided to TheWrap.

Three of Kjellberg’s videos have since been removed, including the one posted on Jan. 11 and another posted on Jan. 22 that showed a man dressed up as Jesus Christ saying, “Hitler did absolutely nothing wrong.”

Kjellberg’s channel currently has more than 53 million subscribers. Last December, he topped Forbes’ list of the highest-paid YouTubers of 2016, having made more than $15 million.

This is not the first time the 27-year-old has come under fire for controversial jokes. He previously threatened to shut down his channel after reaching 50 million subscribers, in what turned out to be a publicity stunt.