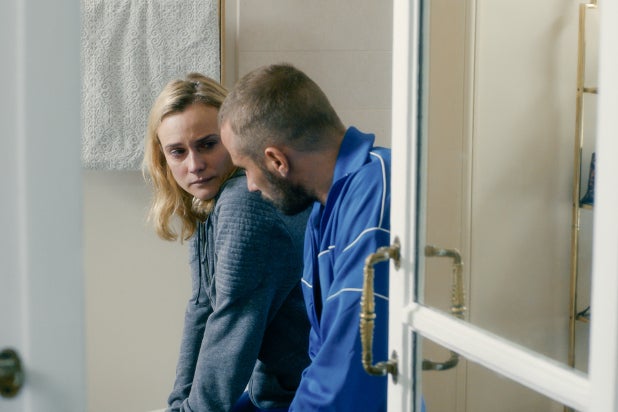 Within the first three minutes of “Disorder,” our protagonist is told he must abandon his job as a soldier. The nameless war damaged his hearing, rendering him unfit for combat. Devastated and distressed, Vincent (Matthias Schoenaerts) resigns himself to being a bodyguard at bourgeois bacchanals. He convinces himself (and his peers) that he’s merely “in between missions” before being shipped off again. It’s the lie he needs to tell himself in order to trudge onward.

Despite suffering from PTSD (hallucinations, anxiety, paranoia), Vincent promptly lands another gig, this time assigned to protect the wife (Jessie, played by Diane Kruger) and child of a Lebanese businessman. The setup for “Disorder” is clearly articulated. It’s just a shame the rest of the movie isn’t.

It’s not long before Vincent exhibits his shortcomings as a security guard. Remedial tasks — driving, watching security footage — become harrowing activities. He can hardly distinguish everyday construction work on streets from the memories of combat. For him, it’s all loud and painful.

Also Read: Diane Kruger Has 'Yet to Be Paid the Same Amount as a Male Costar'

Scored by percussion that accelerates with Vincent’s heartbeat, paranoia begins to consume. Every anonymous car on the road is trailing him. Every person at the beach is laughing at him, looking at him, secretly talking about him. Every piece of debris bears some metaphorical importance, like he’s trapped inside “American Beauty” and can’t find his way out. 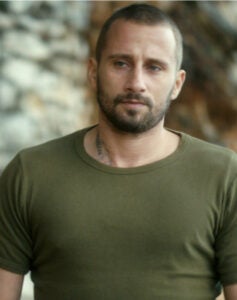 In both the writing (in collaboration with Jean-Stéphane Bron) and directing, Alice Winocour (“Mustang”) is careful and clever in how she dispenses information. A bulk of the movie finds Vincent’s mania baseless, stemming from the psychological rubble of warfare. Then, suddenly, she flips the switch. Something is indeed amiss. Someone, perhaps multiple people, have a death wish for Jessie and her family.

What makes “Disorder” momentarily compelling is that these two concepts aren’t mutually exclusive: Vincent is clearly suffering from his stint as a soldier, leading him to ideas grounded in fiction. And yet, he’s not completely off the mark. The languid pacing of the movie begins to quicken at around the 45-minute point; in fact, the back half of Winocour’s thriller nearly erases the sluggishness of what came before.

Together, Vincent and Jessie try to discover why they’re under attack. Who has a motive to create this sort of chaos? Is this happening because her husband is away, or because of some political party with whom he’s aligned? Are the local police involved? Jessie assures Vincent that she has limited knowledge of her husband’s professional life, and that she doesn’t ask questions. Unfortunately, neither does “Disorder.”

Even in the film’s most thrilling moments, Winocour refuses to fully engage the audience. The details are nebulous at best, unattainable at worst. Granted, adult audiences don’t need to be spoon-fed every bit of plotting: Great movies often thrust us into the unknown, featuring characters in search of answers. That shared confusion makes for powerful drama. It’s in the ambiguity, the uncertainty, that many brilliant films reside.

“Disorder” inhabits a space outside that. Not only do the characters not know what’s happening, or why it’s happening, you get a sense Winocour doesn’t, either. Kruger and Schoenaerts do what they can to light a fire under this story, but the script won’t ignite. In part because Schoenaerts (whose work in “Bullhead” and “Rust and Bone” goes unmatched) repetitively plays just one note as Vincent. This is a man of war: laconic, austere and damaged. At once a skilled fighter, an absolute killjoy and completely uninteresting.

The general lack of curiosity on all fronts (character, story arc, political undertones) proves grating. There’s no sense of urgency, even as the mystery of this madness goes unexplored. It’s this inconsistency in action that makes the payoff of the movie feel especially rushed.

Remember how the climax of last year’s reprehensible remake of “Fantastic Four” came and went in a nanosecond? The villain was obliterated, the heroes triumphed and the credits promptly began to roll. On a different scale, “Disorder” unfurls similarly. The best that can be said is that this unsatisfying payoff didn’t cost $120 million.