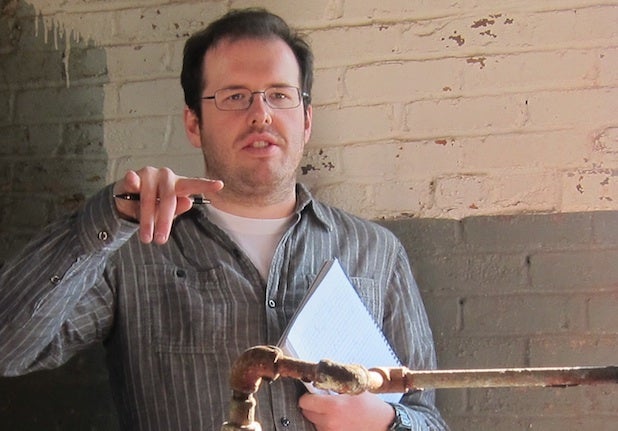 The first two, “The Fixer,” about Mario, and “The Addict,” about Luigi, debuted on Wednesday. The next two, about Princess Peach and Toad, will appear later in the week.

Daugherty has already reimagined several other cultural classics in his film work. He wrote “Snow White and the Huntsman,” a revisionist take on the fairy tale, and has also contributed to upcoming films “Teenage Mutant Ninja Turtles,” based on the comic, and “Divergent,” based on the young adult novel.

Also Read: Maker Studios Chief – What Viacom Is to Cable We Are to Video (Video)

“Making these short films gave me a chance to really ‘do my own thing,’ while having a little fun treating one of my favorite video game properties with a darker vibe,” Daugherty said in a statement. “I had been kicking around the idea for years before I was even working in the industry, so to finally be able to share these films with fans on Polaris is a very exciting thing.”

Maker, one of the largest networks of YouTube channels in the world, reorganized and rebranded its gaming content as the Polaris network this summer. Polaris boasts popular YouTubers PewDiePie, Toby Turner and Dodger within its network.

“Polaris’ community of savvy, gaming creator-fans is the perfect audience for The Four Players,” Dar Nothaft, general manager of Polaris, said in a statement. “Not only is Evan’s unique take on these four iconic video game characters visually amazing, there are tons of Easter eggs that reward you every time you re-watch these imaginative videos.”

Daugherty is represented by UTA and Benderspink.