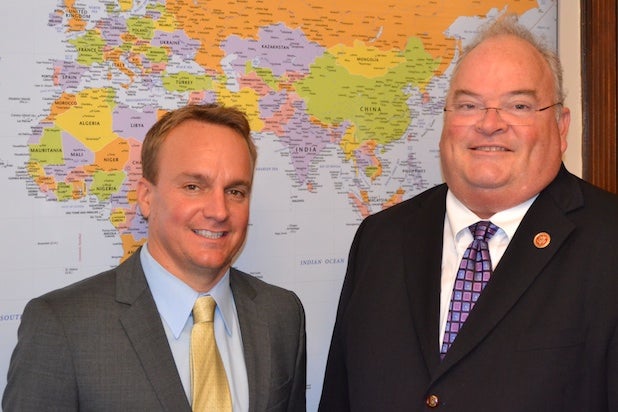 DMG Entertainment Motion Picture Group President Chris Fenton has been appointed to the board of directors of the US-Asia Institute, the Washington, D.C.-based non-government organization said this week.

His appointment comes as China has become an increasingly important generator of box office revenue for studios. The country is projected to bypass the United States as the largest source of ticket sales by 2020, and last year saw its box office grow nearly 30 percent.

DMG has rode the box office boom as a Chinese film production and distribution company. Among the projects it has been associated with are “Looper,” “Iron Man 3” and the upcoming science-fiction adventure “Transcendence.”

Fenton is the only member of the entertainment industry on the board. The institute was created to foster a greater understanding between the United States and Asia, from a cultural, commercial and public policy perspective.

“When it comes to movie making, every US-China collaboration is as much an act of diplomacy as it is a form of artistic expression and an extremely smart piece of business,” Fenton said in a statement. “The US-Asia Institute creates an amazing conduit for spreading that message.”
Also read: ‘Saturday Night Live’ Airing Online in China
Young, who also serves as the US-Asia Institute’s chairman, said he hoped Fenton would help strengthen the institute’s Hollywood ties.
“We recognized the significance of the media and entertainment industry’s growth in the Pacific Rim area of the world, particularly China, and the fact the industry at-large is responsible for some of the United States’ top exports,” Young said in a statement. “Aiding awareness inside the Beltway and beyond of this growing trade opportunity not only supports the US economy, but it also fosters stronger diplomacy between the US, China, and other East Asia countries by promoting collaborative efforts in The Arts.”
Pictured above: Fenton (left) with Congressman Billy Long (R-MO) during a DC visit last October.