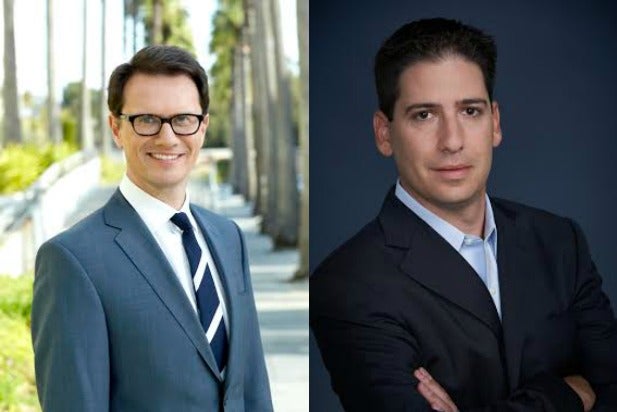 U.K.-based DNA Films, the company behind such films as “The Last King of Scotland” and “28 Days Later,” has joined Fox Networks Group for its first foray into television. Their new venture, DNA TV Limited, marks the first time FNG has made a first-look deal granting it global rights to the projects it selects.

The new company will leverage DNA’s relationships with U.K.-based writing, producing and directing talent to create TV dramas, limited-run “event” series and comedies for the U.K. and international broadcasters. FNG’s first-look rights will allow it the option of co-financing projects. DNA will also have access to a global distribution network that includes Fox Broadcasting, FX Networks and The National Geographic Channels, as well as Fox International Channels’ more than 300 channels worldwide.

DNA TV Limited will be owned and operated independently. The company’s management and creative decision makers will be U.K.-based.

The deal was announced Wednesday by Andrew Macdonald, CEO of DNA Films, and Peter Rice, chairman and CEO of Fox Networks Group.

“Having worked closely with Peter when he was at Fox Searchlight, we are delighted to have Fox Networks Group in our corner,” Macdonald said in a statement. “We believe that by utilizing our relationships with British talent and broadcasters, we can produce great television drama that will resonate in the UK as well as with Fox’s audience in the US and around the globe.”

“Over the years the team at DNA has demonstrated a remarkable gift for developing strong, well-written material and managing productions with tremendous production values,” said Rice (pictured, left). “This venture will give their talent access to a global audience from a creative base in London and will give our networks group the opportunity to work with them.  We’re delighted to be working with Andrew, Allon and their team again to produce great programs for the Fox networks.”

Macdonald, with producing partner Allon Reich, will lead the team as they do for DNA Films. The company has produced and financed a slate of successful films including Academy Award and BAFTA Award-winning “The Last King of Scotland,” “Notes on a Scandal,” “28 Days Later” and “Sunshine.” DNA’s current slate includes an adaptation of Thomas Hardy’s “Far From the Madding Crowd” and writer/director Alex Garland’s thriller “Ex Machina.”

“With DNA TV, we have created a co-production model that allows for creative talent to work organically with broadcasters in both the U.S. and U.K.,” said Schrier (pictured, right). “I’m excited to work with the DNA TV team, U.K. broadcasters and FNG networks to create innovative and truly global television.”