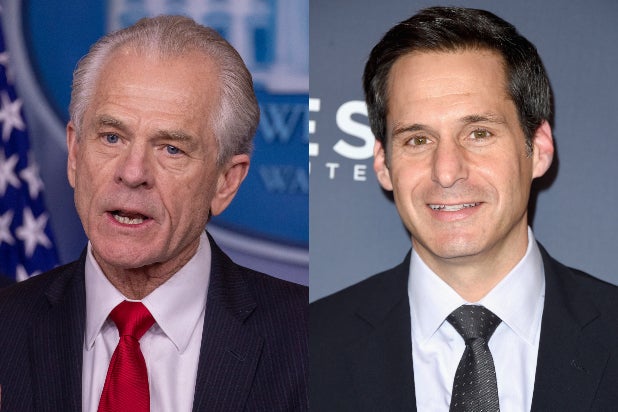 CNN anchor John Berman and White House trade adviser Peter Navarro argued Wednesday morning about a variety of topics related to President Donald Trump’s handling of the coronavirus crisis, including his embrace of a doctor who supports hydroxychloroquine as a treatment.

Dr. Stella Immanuel, the doctor Trump is currently praising, has caught particular attention for holding various unorthodox beliefs including the idea that people have sex with demons in their sleep.

Berman, co-anchor of “New Day,” asked Navarro about Immanuel and Navarro repeatedly stated he had “no knowledge” of her. When Berman read an on-air graphic outlining some of her other beliefs — like alien DNA is used in medical treatment — Navarro protested, saying he’d already heard about her while listening to the morning show.

“I know you’re having fun with this, but –” the administration official said.

“I’m not,” shot back Berman. “Oh God, I’m not having fun with this. This is deadly serious. My question is: Why lean on Stella Immanuel to make a medical point?”

“My mission here, John, is to help the president save lives and create jobs and this issue of hydroxychloroquine — what the president was talking about — I thought he did it in a very sophisticated way yesterday,” Navarro said.

In studies, the lupus and malaria drug hydroxychloroquine has not been proven effective in treating coronavirus patients.

Navarro suggested bringing on other esteemed doctors to discuss hydroxychloroquine, but Berman pointed out that while he’s done that, Trump has cited Immanuel, instead. When Berman said that Navarro talks about the drug a lot, Navarro admitted he’s “sitting on millions of doses of it.”

Watch the clip below, via CNN.