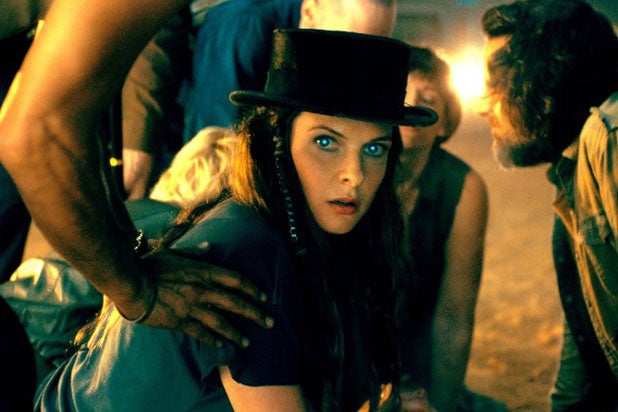 (Major spoiler alert: This article directly discusses several plot and story elements in “Doctor Sleep.” If you haven’t seen the movie, do not read on.)

Mike Flanagan’s “Doctor Sleep” is a terrifying film about loss, sobriety and PTSD, but for the filmmaker and star Rebecca Ferguson, there was one scene in particular that shook them to the core.

Yes, we are talking about the scene with Jacob Tremblay, who plays a young boy kidnapped by the Rose the Hat (Ferguson) and the True Knot. The boy is taken to a construction site and brutally murdered by Rose and Knot so they can inhale his steam and stay young longer. This particular scene proved very difficult for Ferguson to film, and left the cast and crew speechless.

“Someone said to me, because I have a 12-year-old son, he said, ‘is this going to be difficult for you?’ And I remember thinking — so stupid — ‘I’m an actor, for God’s sake. No, it’s not going to be bloody hard,'” Ferguson told TheWrap at the film’s junket. “I’ve never gone into a character in a way that has been difficult or hard. I’ve wanted to, it’s been sort of what I’m searching towards. [Then I heard] Action!… And I hear the scream. And I’m not kidding you, I just freeze, and I start crying…. It was so horrendous and I was so shocked, even talking about it, by his performance.”

She added, “He made the scene believable. Doing whatever you need to do go beyond measures and cruelty is one thing, but receiving it and making it real, that’s fantastic. And I walked up to the person afterwards, and I said, ‘I’ll take it all back.’ I guess this is what acting is.”

Flanagan added that he shot more versions of that scene than any other scene in the film. During test screenings, he added, many people asked him whether there was a version of the film in which the violent murder could be heard off-screen, so that audiences didn’t need to see the brutality.

Also Read: Does 'Doctor Sleep' Have a Post-Credits Scene?

‘There isn’t,” he explained. “It’s critical, not only to the True Knot, but it’s the entire engine for Abra and Danny. And without it… you need an equal and opposite reaction to that scene. It’s horrible.”

“Doctor Sleep” also stars Ewan McGregor and Kyliegh Curran and takes place 40 years after the events of “The Shining.” Flanagan wrote and directed the film.