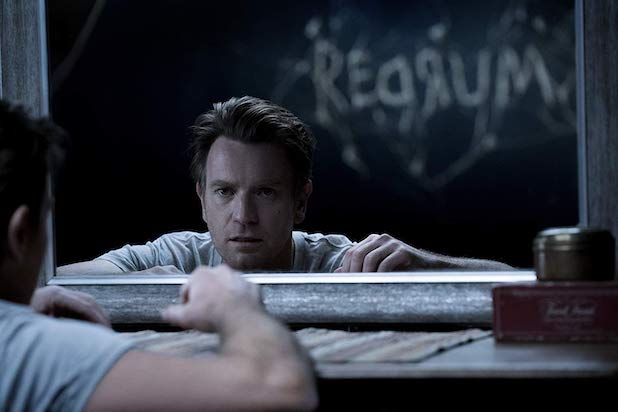 “Doctor Sleep,” the sequel to “The Shining” starring Ewan McGregor as an adult Danny Torrance, has been Rated R by the MPAA, the film’s director Mike Flanagan said on Twitter Wednesday.

The film was given the R rating for “disturbing and violent content, some bloody images, language, nudity, and drug use,” which Flanagan said, “Sounds about right.” The rating was also confirmed by the MPAA via FilmRatings.com.

McGregor plays Danny (the son of Jack Nicholson’s iconic character in the original) as a man now in his 40s, decades removed from the events of “The Shining.” Danny finds himself communicating with a young girl named Abra Stone who also has shine abilities to communicate via the mind and who might just be one of the most powerful of humans with the trait.

Stephen King published “Doctor Sleep” in 2013 as a sequel to his 1977 classic “The Shining,” and it’s just one of the King sequels Warner Bros. is releasing this fall, the other being “It: Chapter Two.” That film, released by Warner Bros. and New Line, also finds adult versions of its previously young characters facing off against their past demons, specifically the monster clown Pennywise.

DOCTOR SLEEP has officially been rated R by the MPAA for “disturbing and violent content, some bloody images, language, nudity, and drug use.” Sounds about right…