“Doctor Strange in the Multiverse of Madness” has had its release banned in Saudi Arabia, TheWrap has learned. While the reason is unspecified, it’s the latest Marvel movie that has earned the scorn of Middle East censors after including an LGBTQ+ character.

The “Doctor Strange” sequel hasn’t released yet or been reviewed, but the film does contain a new gay character, America Chavez (Xochitl Gomez), who is likewise gay in the comic books. 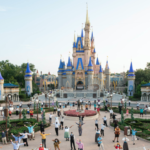 While some Middle Eastern countries have been known to not play films for a variety of reasons, including intimacy, violence or sexuality, homosexuality is officially illegal in Saudi Arabia, and LGBTQ issues in films have often been an issue for censors in the region.

Specifically, the ban of “Doctor Strange in the Multiverse of Madness” comes on the heels of Saudi Arabia also blocking the release of Marvel’s “Eternals,” which also featured a gay superhero in a same-sex relationship, and “West Side Story,” which has a character who identifies as trans. And in each case, the films had not been edited to remove the characters or plot lines in order to appease international censors.

“Doctor Strange 2” would have been released in the Gulf on May 5 as part of a global rollout. It’s unclear if the film will open in other Middle Eastern countries, such as the United Arab Emirates, Kuwait or Qatar.

THR first reported the news of the ban.