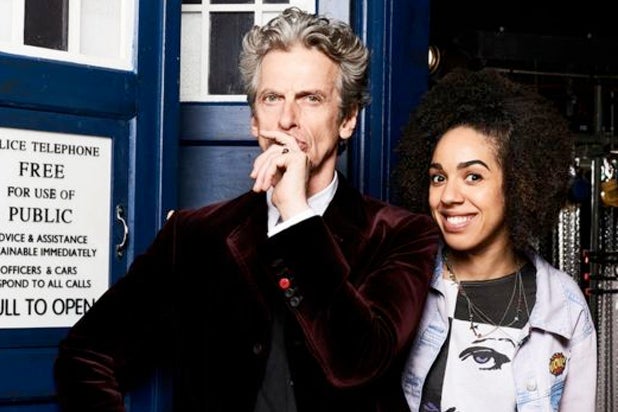 There has yet to be a non-white actor cast in the titular role of BBC’s popular and long-running “Doctor Who” series, but that’s not from lack of trying, according to showrunner Steven Moffat.

The role was previously offered to a black actor, the showrunner told the show’s official magazine, according to BBC. But, “for various reasons, it didn’t work out,” said Moffat.

The Radio Times reports the actor in question was “12 Years a Slave” star Chiwetel Ejiofor, who was offered the role of the eleventh Doctor, a role that ultimately went to Matt Smith. Ejiofor was always a popular fan choice for the role, along with other black actors including David Harewood and Idris Elba.

Ejiofor’s reps did not immediately respond to TheWrap’s request for comment.

The writer-producer also reiterated his drive to make the show more diverse, revealing that there was a mandate put in place to cast a non-white actor as the newest Doctor’s companion.

“We decided that the new companion was going to be non-white, and that was an absolute decision, because we need to do better on that. We just have to,” Moffat said.

Pearl Mackie (pictured above), whose father is from the West Indies, was cast as Capaldi’s costar in April.

Moffat also says there is “no excuse” why the Doctor has never been played by a non-white actor.

“Sometimes the nature of a particular show — historical dramas, for instance — makes diversity more of a challenge, but ‘Doctor Who’ has absolutely nowhere to hide on this,” he said. “Young people watching have to know that they have a place in the future. That really matters. You have to care profoundly what children’s shows in particular say about where you’re going to be.”

In January, Moffat announced he would be departing “Doctor Who” after Season 10, to be replaced by Chris Chibnall.