The Tribeca Film Festival put “Houston, We Have a Problem” in its Viewpoints section, which the fest describes as “films with a distinct perspective.”

Unquestionably, that’s the right place to put it, even if most audience members probably arrived at Saturday night’s world premiere thinking they were about to see a documentary, and left two hours later wondering what the hell they’d just seen.

“Houston” acts like a doc but works as myth, not fact; director Ziga Virc doesn’t want audiences to believe what he’s telling them so much as he wants them to think about why they’re so ready to accept any kind of tomfoolery and conspiracy the media puts in front of them.

It’s a funhouse-mirror experience that undoubtedly left some baffled festivalgoers wondering just what to believe — which, Virc admitted in a post-screening Q&A on Saturday, is exactly the point.

The Slovenian director calls his film “docu-fiction,” and after the premiere he said that one of its purposes is “to make the audience think, what are they going to believe, not only in this film but also in the media today?”

Personally, I’d say that the phrase docu-fiction implies more docu than “Houston, We Have a Problem” actually delivers. It uses archival footage, much of it legitimate, as well as newly shot material of questionable provenance to advance the story that a faltering NASA bought the promising Yugoslavian space program lock, stock and barrel in the early ’60s, paying billions of dollars and indirectly leading to the dissolution of Yugoslavia a few decades later.

It’s a preposterous theory delivered with a wink and a smile and summed up by a Slovenian philosopher at the end of the movie: “Even if everything is a fake, the fake tells us so much about the society in which we live.” 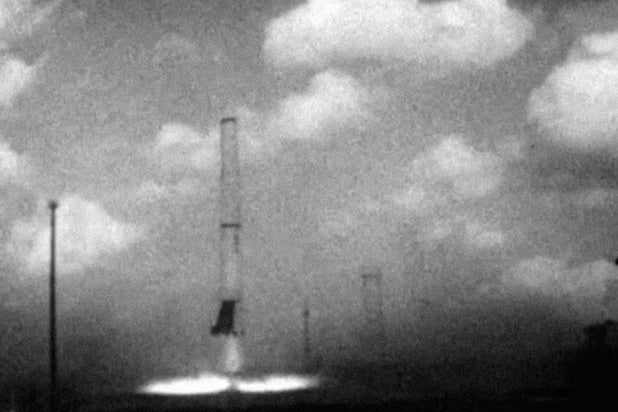 Make no mistake, “Houston, We Have a Problem” is a grand fake, in which even an awkward (and legitimate) recorded phone conversation between U.S. President John F. Kennedy and Yugoslavian President Josip Broz Tito can be taken as evidence of tension over the “fact” that the U.S.A. overpaid $2.5 billion for a boatful of Yugoslavian blueprints and rocket parts.

Virc refused to tell the Tribeca Film Festival audience what was real and what was phony in the Q&A, leading to a few exchanges with audience members who clearly bought the premise. But he eventually fessed up, sort of: “I wanted to tell the symbolic story of the rise and fall of Yugoslavia,” he said.

And hey, it’s no big deal if that symbolic story involves pretending that his former country faked the deaths of three dozen scientists it then shipped off to Houston, or advancing the proposition that the Yugo automobile was an ill-fated attempt to make amends for the Yugoslavian scientists’ lack of contributions once they got to NASA.

It’s all very entertaining, even if it’s about as factual as “This Is Spinal Tap.” But come to think of it, “Spinal Tap” told us a lot more about rock ‘n’ roll than most “true” rock ‘n’ roll movies.

So while the guy sitting a few seats down from me at the film’s premiere got visibly ticked off when he finally realized that he wasn’t watching a real documentary, I suppose that’s part of the con and part of the fun. As for me, I have no problem with “Houston, We Have a Problem.”