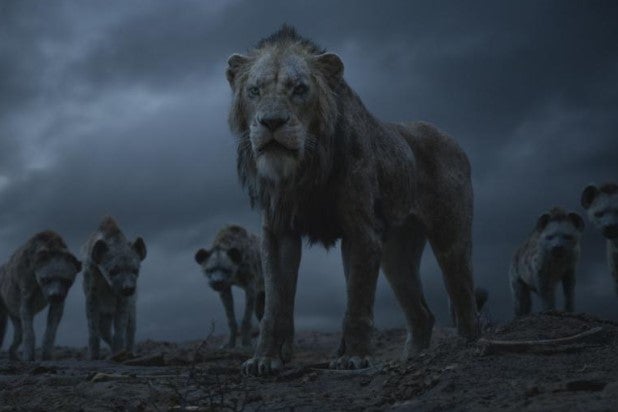 The latest Disney classic remake, “The Lion King,” has managed to pull in more than $1 billion at the global box office even though critics awarded it, by Disney standards, pretty disappointing reviews. Yeah, the monster truck that is Disney at the box office may not be bulletproof, but it’s crushing everything in its path even so.

As it is, “The Lion King” remake is continuing the megacorp’s record-breaking domination at the box office in 2019. The original animated film came out 25 years ago in 1994, so the nostalgia factor has ripe for all those ’90s kids out there. The brand is strong.

Fittingly, Jon Favreau’s new take keeps pretty faithful to the original, even aiming to digitally recreate moments like the “Circle of Life” opening sequence virtually shot for shot. The new “Lion King” film runs about half an hour longer than the original, but the changes and additions are few and far between. Still, Favreau could have decided to slip in a little bonus scene — like, say, a fun extra scene with the brilliant Timon and Pumba — after the credits.

However, “The Lion King” does not have a post-credits scene. When the film’s title card famously booms onto screen at the end just as it does in the original, that’s all folks. You can safely head home without missing anything.

There is however a new song that you didn’t hear in the ’94 version. Elton John and Tim Rice teamed up again as they did in 1994 for a song called “Never Too Late” that leads off the film’s end credits. The Motown-inflected, upbeat number was recorded by John along with an African choir, and it also appears on the film’s official soundtrack.

John had teased back in 2018 that the song might end up being a collaboration with Beyonce, but that didn’t pan out, and she has her own original track called “Spirit” that plays during the film. John and Rice each won an Oscar for “Can You Feel the Love Tonight” on the animated “Lion King,” and it’s likely that both their song and Beyonce’s will be in the hunt for an Oscar nomination come 2020 as well.