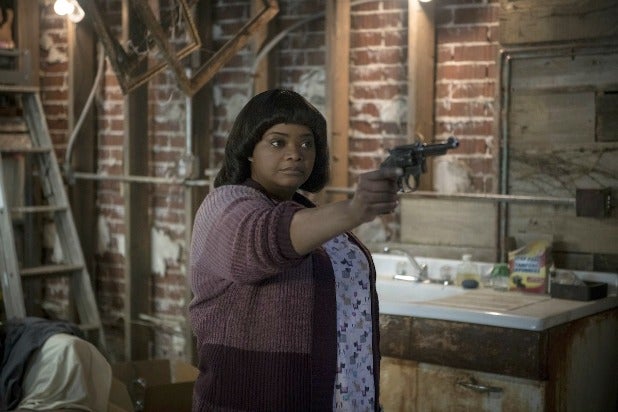 There’s no bad time of year to release a horror movie, something that Universal is banking on by dropping the Octavia Spencer flick “Ma” this weekend against “Godzilla: King of the Monsters” and “Rocketman.”

There’s a lot going on in “Ma,” which tells the story of a group of teenagers deciding to hang out with a middle aged veterinarian’s assistant (Spencer) after she buys them alcohol one day. Naturally, of course, things are not quite as they seem with Ma — this is a horror movie after all — and after a while everything starts to go wrong.

A lot of horror movies end with teases for sequels — I think back to the original “Friday the 13th” film, which famously had the protagonist character attacked by Jason Voorhees at the end of the movie as the credits rolled. That turned out to just be a dream, but one that came semi-true in the sequels as Jason took over the villain role from his mother.

Anyway, the question here is whether “Ma” indulges in that horror staple by teasing the character’s return for a future movie, perhaps in a mid- or post-credits scene. The answer no. Once the credits begin rolling at the end of “Ma,” there are no bonus scenes during or after the credits. This film does not have a post-credits scene. So if you want to know if the title character is gonna come back for another round, you’ll just have to wait for a sequel announcement, should the film perform well enough at the box office and the creatives involve decide they want to come back for more.

So while we always encourage folks to stick around during the credits out of respect for the many people who helped bring the movie you just watched to life, if you need to get out of there for whatever reason you can rest assured that you aren’t missing any extra scenes.

But don’t worry, “Ma” definitely functions perfectly well as a standalone movie. The fact that it doesn’t tease a sequel actually helps in that regard. For now, “Ma” is a one movie franchise, and that’s totally okay.