Dolly Parton has teamed up with Fox Entertainment’s Blockchain Creative Labs ahead of her first novel “Run, Rose, Run” and its companion music album to launch the “Dollyverse” web experience at the South by Southwest festival next week, Fox announced on Tuesday.

The music legend will make her first-ever appearance at SXSW on March 18 during Austin City Limits Live at The Moody Theater to discuss the book with co-author James Patterson, then perform songs from the new album as well as a few classic hits.

The event will be livestreamed for free on Dollyverse, where fans can also buy official and certified NFT collectibles, including limited-edition NFTs of the album and a limited series of Dolly-inspired NFT artwork.

“There’s almost nothing more important to me than connecting with my fans. And I’m almost always up for trying something new and different,” said Parton in a statement. “I’d say releasing NFTs at my first ever appearance at SXSW, with James Patterson by my side, definitely counts as new and different!” 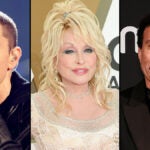 Anyone attending the performance in person will also be able to claim a free NFT and streaming fans will receive tokens for their participation.

“I am a huge Dolly Parton fan. Who isn’t? She is a national treasure, whose important contributions to the world transcend her incredible work as an entertainer,” said Scott Greenberg, CEO of BCL. “Dolly is a true pioneer who brings the highest level of quality, heart and authenticity to everything she touches, which is why she’s the perfect person to introduce to the mainstream audience an easy-to-use, Web3 experience that will live stream her SXSW event and provide them the opportunity own and enjoy her music — not just a right to stream it – all designed to bring Dolly even closer to her fans.”

“Dolly Parton’s participation in SXSW 2022 fulfills one of our longtime goals and we’re absolutely ecstatic to have her involved in this year’s event in such a unique way,” said Hugh Forrest, chief programming officer for SXSW. “Beyond her legendary status in the music industry, Dolly embodies the SXSW spirit as she extends her unique brand of creativity across many verticals. Most importantly, Dolly serves as an inspirational and unifying role model for millions of fans — spanning different ages, occupations, and viewpoints — from all over the world.”

The novel “Run, Rose, Run,” about an aspiring country singer, goes on sale March 7 and the album drops Friday, March 4. 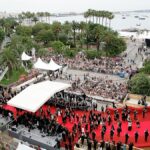 BCL is the first-ever Blockchain Sponsor of SXSW, and the festival is getting into the NFT action for the first time this year. Artists, filmmakers and brands participating in the festival will also be able to create, distribute, and sell NFTs of their work using the SXSW x BCL NFT marketplace through the SXSW GO mobile app.