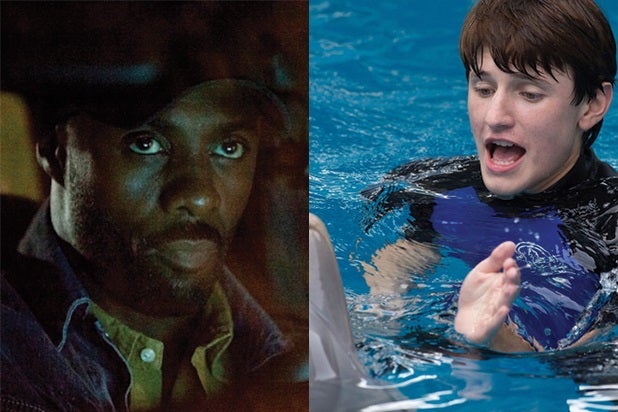 The family film “Dolphin Tale 2” and home invasion thriller “No Good Dead” will try to revive the box office from its September swoon this weekend.

The marine mammals rate a slight edge say industry analysts, who see the Warner Bros. sequel coming in at around $20 million and ending the three-week reign of “Guardians of the Galaxy,” with “No Good Deed” not far behind.

That would be good news for the overall box office. Last weekend, which faced the double whammy of schools opening and football season kicking off, was the worst in six years and 2014 is running nearly 6 percent behind last year.

The first “Dolphin Tale” opened to $19 million in September of 2011 and went on to take in $72 million domestically and another $23 million from abroad. Harry Connick Jr., Ashley Judd, Morgan Freeman and Kris Kristofferson return for the sequel, which like the first film was written and directed by Charles Martin Smith.

Warner Bros. will have the PG-rated “Dolphin Tale 2” in roughly 3,500 theaters, and it should benefit from the dearth of fresh family fare. The last movie to directly target kids was “Teenage Mutant Ninja Turtles,” which opened a month ago.

Also targeting an underserved audience is “No Good Deed” — starring Idris Elba, Taraji P. Henson and Leslie Bibb — which should play most strongly with African-Americans. Sam Miller directs from a screenplay by Aimee Lagos. The producers are Will Packer (“Think Like a Man Too”) and Lee Clay.

Sony’s Screen Gems knows that market, and has scored before with similar films. The Halle Berry thriller “The Call” opened to $17 million last year and “Obsessed,” which starred Elba and Beyonce, opened to $28 million back in 2009. Those films both opened in the spring however, a less challenging window than the fall.

The studio is looking for an opening in the $15 million range for “No Good Deed,” which would top its $13 million production budget, and its social media signs look strong. On Twitter, it was pacing well ahead of “Tyler Perry’s Temptation: Confessions of a Marriage Counselor,” which opened to $21 million last March.

The critics have yet to weigh in. Sony canceled Wednesday’s all-media screening on Tuesday. Screen Gems will have the PG-rated “No Good Deed” in 2,174 theaters.

Michael Roskam directed the drama, which follows organized crime’s use of New York bars as “drops” to launder money. Dennis Lehane (“Shutter Island”) wrote the screenplay, based on his own short story.

Topping the week’s specialty releases is writer-director Ned Benson’s “The Disappearance of Eleanor Rigby.” The drama starring Jessica Chastain and James McAvoy is seen as a potential awards contender, and makes its limited debut Friday in New York and Los Angeles.

Roadside Attractions is rolling out the Kristen Wiig-Bill Hader drama “The Skeleton Twins” in limited release. Directed by Craig Johnson, it’s the story of estranged twins who coincidentally cheat death on the same day, prompting them to reunite and confront the reasons their lives went so wrong.