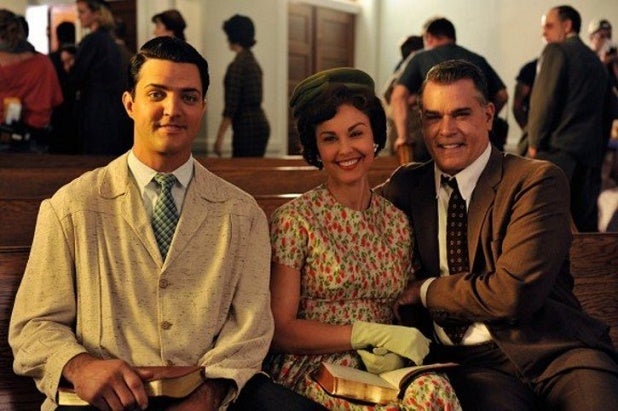 The box-office washout of “The Identical” made it four straight misfires for faith-based movies after an unprecedented run of success for religious films earlier this year.

The low-budget independent film “The Identical” took in just $1.5 million from 1,956 theaters — a feeble $815 per-screen average — and failed to crack the top ten on the slowest box office weekend of the year. Blake Rayne, Seth Green, Ashley Judd and Ray Liotta star in the musical drama, which was produced for $12 million by Nashville-based City of Peace Films.

That comes on the heels of underwhelming box-office performances by “When the Game Stands Tall,” “Persecuted” and “Mom’s Night Out,” all of which featured faith as a key element.

To be clear, all of those films had production budgets of under $20 million and only “When The Game Stands Tall” received a wide release, so no one was expecting box-office miracles. But what makes the run of misfires surprising is that earlier this year saw an unprecedented run of success for religious-themed movies; “Son of God,” “Noah,” “Heaven is For Real” and the indie film “God’s Not Dead” all scored at the box office, the latter two spectacularly. Grassroots and social media campaigns aimed directly at the Christian community had a lot to do with their success.

“We knew this was a risky date,” said Mark Borde, distribution chief at Freestyle Releasing, which distributed “The Identical.” “But we thought we were marketing to an under-served market with a movie that spoke to them and had a very strong message, which is why it’s so disappointing.”

One factor that may have made the difference is that none of the recent misses weren’t as overtly religious as the films that connected, a theory put forward by Box Office Mojo’s Ray Subers, right down to their titles.

The films that scored all had the word “God” or another clearly religious reference in their title, while the more recent films had titles that didn’t scream “faith-based.” That may have made sense artistically, as faith was a key element rather the focus in the latter films, but it may hurt at the box office. “When the Game Stands Tall,” for example, had far more to do with football than faith.

“When you make a movie for a special interest group, be it a gay audience, political or environmental, you have to have the banner up to make clear what it’s about,” said Phil Cooke, a producer and best-selling author with a PhD in theology, who works with religious groups and media organizations (including Paramount for “Noah”).

“I’d love to see more Christian values infused into mainstream movies more often, but the Christian film industry is evolving, and at this point you have to connect with your base first and foremost,” Cooke added.

The success of the earlier films may have hurt the recent films and the biggest sin of the backers of the recent flops may have been being overly ambitious, said BoxOffice.com vice-president and senior analyst Phil Contrino.

“When the market is flooded with a certain type of movie, nobody really wins,” he said. “I don’t think the well is drying up in terms of the market for these movies at all, there just needs to be more consideration given to spacing them out.”

Another factor may have been the films themselves, which had trouble competing in a summer dominated by superheroes and sequels. The four recent movies all had positive scores of 18 or less on review aggregation site Rotten Tomatoes, and just two of 55 reviews for “The Identical” were “fresh.” But poor reviews were hardly the kiss of death for “God’s Not Dead” (a weak 17) or “Heaven is For Real,” which had a 46.

“There is clearly enough of a Christian market that these movies don’t need to be mainstream hits with their low budgets,'” Contrino said. “And avoiding wide releases makes sense because it takes the pressure off the opening weekend and allows them to maximize their grassroots campaigns with their core, which holds marketing costs down.”  Most of the films have solid home entertainment potential and that helps, particularly given the films modest budgets.

If distributors have been aggressive in terms of rolling out the religious films, it’s understandable given the success of the earlier films.

The bottom line on Paramount’s “Noah” is murkier, given its $125 million price tag and unknown marketing costs, but Darren Aronofsky‘s Russell Crowe epic has brought in nearly $360 million worldwide since opening in March.

Freestyle’s Borde remains bullish on another film he called “faith-friendly,” the book-based rapture thriller “Left Behind,” which stars Nicolas Cage. BoxOffice.com is projecting a $13 million opening on Oct. 3, not bad given its modest $16 million budget.

And no one interviewed thought that the recent misses were harbingers for Fox’s upcoming epic “Exodus: Gods and Kings,” the Ridley Scott-directed Biblical epic starring Christian Bale, Aaron Paul and Sigourney Weaver.

“With Scott’s following, that cast and Fox running mainstream and church-based campaigns, that one feels like a blockbuster,” Contrino said.