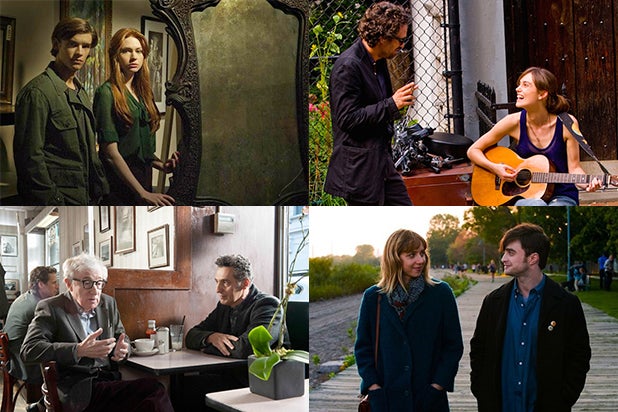 Based on the box office performance of last year’s pickups at the Toronto International Film Festival, acquisition executives busily brandishing their checkbooks at this year’s fest may want to proceed with caution.

Only one of the 2013 Toronto acquisitions has broken out at the box office, while some of the pricier and higher profile pickups have fizzled.

“Begin Again,” the romantic comedy starring , and Adam Levine, was last year’s most-ballyhooed festival title and has taken in $16 million since opening domestically in late June.

It was known as “Can a Song Save Your Life?” when the Weinstein Company won a bidding war for domestic rights for $7 million and a major marketing commitment in the biggest deal at last year’s fest. “Begin Again” peaked and just cracked the top ten with $2.8 million in its third week, and TWC recently re-released it, hoping to build awards buzz for the film’s songs.

TWC also shelled out for the - drama “The Railway Man,” which topped out with a soft $4.4 million domestically.

Other pickups with well-known stars have also failed to make waves at the multiplexes.

Jason Bateman‘s directorial debut “Bad Words” topped out under $8 million for Focus Features, which had scored big the year before with another Toronto acquisition, “The Place Beyond the Pines.”

“Fading Gigolo,” the comedy starring Woody Allen that was written and directed by John Turturro, bombed domestically and finished with $3.7 million for Millennium Entertainment.

CBS Films has seen $3.2 million in domestic grosses on the Daniel Radcliffe-Zoe Kazan romantic comedy “What If,” which it acquired for $2.5 million at last year’s festival when it was known as “The F Word.”

A24 was busy in Toronto last year, acquiring Denis Villeneuve’s Jake Gyllenhaal thriller “Enemy,” the Scarlett Johansson sci-fi tale “Under the Skin” and the Tom Hardy thriller “Locke.” did the best with $2.6 million domestically.

Jennifer Aniston topped an ensemble that also included Will Forte and Tim Robbins in Roadside Attractions’ “Life of Crime,” but the comedy based on Elmore Leonard’s crime novel hasn’t found an audience since its Aug. 29 release.

TWC has high hopes for another of its pickups from last year’s fest, writer-director Ned Benson’s “The Disappearance of Eleanor Rigby.” The drama starring Jessica Chastain and James McAvoy is seen as a potential awards contender, and makes its limited debut Friday in New York and Los Angeles.