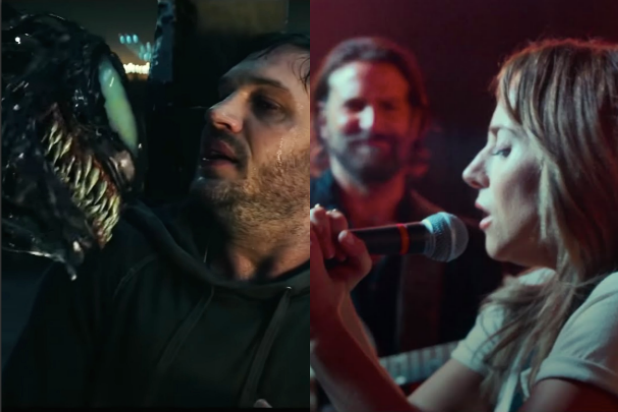 The record pace of the 2018 box office continues unabated, as comScore announced Sunday that domestic grosses for the year have hit $10 billion faster than any other year in box office history.

Though only five films have posted opening weekends of $100 million or more — with the last being “Jurassic World: Fallen Kingdom” five months ago — the 2018 box office has been highlighted with two $200 million-plus openings, including a record $257 million launch by “Avengers: Infinity War.”

Even in recent months, the box office has been buoyed by strong, $50 million-plus openings from films like “Mission: Impossible – Fallout” and “Venom,” while a variety of non-blockbusters like “Crazy Rich Asians” and “A Star Is Born” have provided sustained four-quadrant turnout. As a result, 2018 has seen record high monthly grosses in February, April and October, as well as the second-highest total for June and September.

The box office now has seven weeks to push the annual domestic gross to $12 billion, which would make 2018 the first year ever to hit that mark. Currently, the year-to-date total is 5.6 percent ahead of 2016, which holds the industry record of $11.3 billion in domestic grosses. Films still to come this year include, “Fantastic Beasts: The Crimes of Grindelwald,” “Ralph Breaks the Internet,” “Spider-Man: Into the Spider-Verse,” “Aquaman,” “Bumblebee” and “Mary Poppins Returns.”