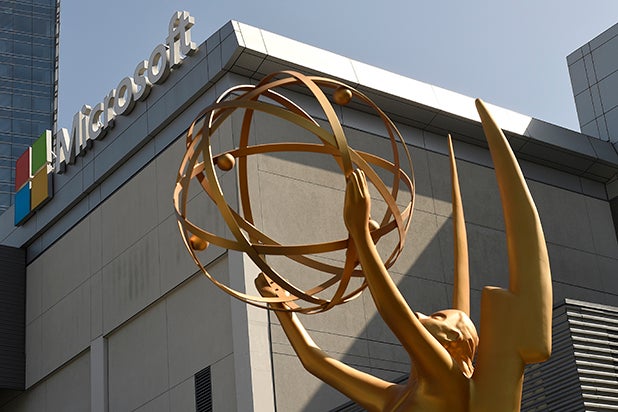 The decision brings back Done+Dusted, which was behind last year’s telecast for NBC, and Mischer’s company, Emmy veterans who most recently produced the 2016 show for ABC.

“This marks the first Emmy Awards for FOX Entertainment as a new company, and we are taking a fresh direction by bringing together the two best, most inventive and most disruptive production companies to join forces on the show,” said Fox’s Rob Wade, president of alternative entertainment and specials. “Don Mischer Productions and Done+Dusted both brought incredible ideas to the table, and we are lucky enough to have the two teams collaborate on this television event.”

Frank Scherma, chairman and CEO of the Television Academy, said in a statement, “Television is in a period of unprecedented growth and has emerged as the world’s premier entertainment choice across a multitude of spectacular platforms. As a consequence, the Emmy telecast has tremendous significance and should reflect the innovation and inventiveness that television embodies. Don Mischer Productions and Done+Dusted are the resources to help fuel that transformation.”

“We love producing the Emmys and celebrating the best television of the year,” Mischer, Charlie Haykel and Juliane Hare of Don Mischer Productions added in a joint statement. “We’ve known Done+Dusted’s Hamish Hamilton and Ian Stewart for many years and have admired their work for quite some time. So, when our friends at FOX proposed this unconventional marriage, we also thought what better way for us to have the opportunity to learn and steal all of D+D’s masterful production secrets.”

“With the total respect felt by all of us at Done+Dusted for all the great people at Don Mischer Productions, this felt like the perfect opportunity to put partisan production aside and work together to see if we can find ways to develop a new-look Emmys on new-look FOX,” Done+Dusted president Ian Stewart said. “Not to mention it gives us a chance to learn and steal all of Don and the team’s masterful production secrets.”