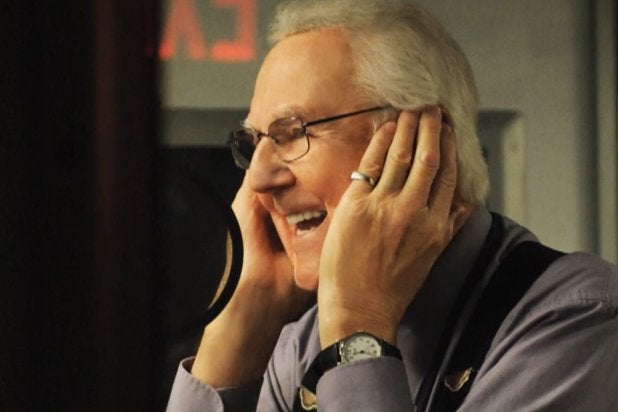 Longtime “Saturday Night Live” announcer Don Pardo has died, a person with knowledge of the situation told TheWrap. Pardo was 96.

His death was first announced on CBS Radio News, confirmed by his daughter, Paula. He had retired from NBC in 2004, but continued as the voice of “SNL,” providing the weekly introductions — a job he did for 38 seasons.

“SNL” chief Lorne Michaels told the New York Times that his show will have a tribute ready for Pardo this season, the show’s 40th.

Michaels told the paper: “It was a happy accident and in some great way our lives intertwined. It was always exciting. Whatever montage we did to open the show, whatever pictures we used it didn’t really come alive till you heard him say it.”

“Every year the new cast couldn’t wait to hear their name said by him,” Michaels — who hired Pardo in 1975 — added.

Pardo’s voice could be heard on “SNL” for all but one of its seasons (1981-82). In addition to the comedy show’s opening montage, Pardo occasionally lent his unmistakable booming vocals to sketches.

Pardo was inducted into the Television Hall of Fame in 2010, for his work on shows like “SNL,” “The Price Is Right,” “Jeopardy,” “Jackpot,” “Three on a Match,” as well as “NBC Nightly News” and the network’s coverage of Macy’s Thanksgiving Day Parade.

In addition to television, early in his career, Pardo was a constant contributor to NBC Radio.

Pardo, who started with NBC in 1944, was born in Westfield, Mass.