Donald Glover is attached to star in and produce a movie based on Spider-Man villain Hypno-Hustler, based on Sony’s Universe of Marvel Characters.

Michael Murphy, the son of actor and comedian Eddie Murphy, is attached to write the script. The untitled project is in very early development.

Hypno-Hustler is a rather villain who first appeared in 1978’s “Peter Parker, the Spectacular Spider-Man” #24, and was created by Bill Mantlo and artist Frank Springer. The character’s unmasked name is Antoine Desloin, and he is the lead singer of the Mercy Killers. Hypno-Hustler uses hypnosis equipment in his instruments to rob the audience. In the comics, Spider-Man was able to defeat Hypno-Hustler by removing his headphones, causing him to become a victim of his own hypnosis. 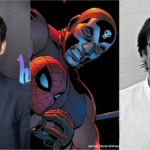 The character’s reputation aligns with how corny he sounds; he often ends up on many lists as one of the worst Spider-Man villains.

Glover has a history with Spider-Man as fans wanted him cast in 2012’s “The Amazing Spider-Man” which ultimately went to Andrew Garfield. Glover did end up voicing Miles Morales in Disney’s “Ultimate Spider-Man.” The “Atlanta” mutlihyphenate also had a small part in “Spider-Man: Homecoming,” where it was later revealed in a deleted scene that Glover’s character in the movie was actually Miles Morales’ uncle.

Glover is repped by WME and Johnson Shapiro Slewett & Kole; Murphy by WME and Mosaic.