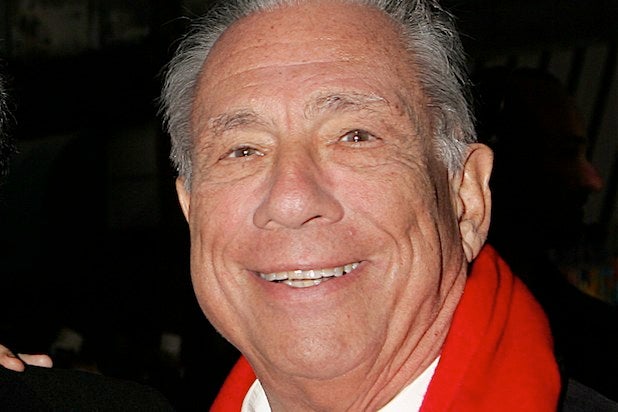 Banned-for-life Los Angeles Clippers owner Donald Sterling faces new accusations of making offensive comments, this time from a former staffer who says she was in a relationship with him for six years.

Maiko Maya King, represented by Gloria Allred, sued Sterling on Monday. She alleges that while she was involved in a romantic relationship with him between 2005 and 2011, she faced “a steady stream of racially and sexually offensive comments.”

She claimed Sterling said of her African-American ex-husband, “How could you be married to a black man?” She also said he asked, “Why would you bring black people into the world?”

She also claimed that Sterling later hired her as a personal assistant and caretaker in December 2013, agreeing to pay her $10,000 a month. But she said he “dangled money only if she would have sex with him.”

The suit is seeking unspecified general and compensatory damages.

Sterling’s lawyer told the Los Angeles Times, which reported details of the suit, that King’s claims are “completely baseless.”

“Anyone objectively reviewing Ms. King’s claims will have no doubt that they are without merit,” he said.

Sterling is currently in a legal battle with the NBA over his lifetime ban. It was instituted after he was caught on tape making racist remarks about African-Americans.

Sterling’s estranged wife, Shelly, agreed to the sale of the team last week to former Microsoft CEO Steve Ballmer for a reported $2 billion after two neurologists deemed Sterling to be mentally incapacitated.