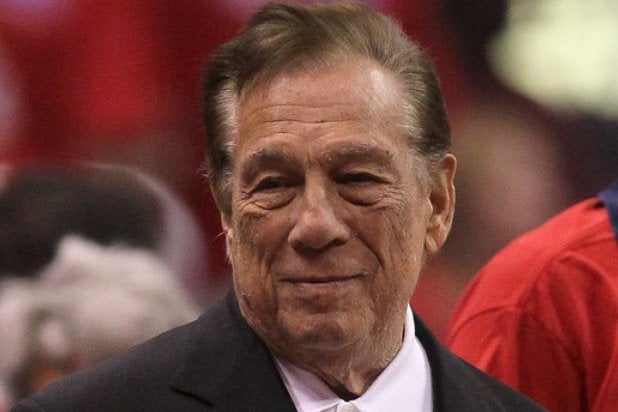 The latest chapter in Donald Sterling’s ongoing legal battle over ownership of the Los Angeles Clippers, precipitated by his racist comments captured on tape by a former assistant, has the embattled owner filing suit against his wife Rochelle Sterling, NBA commissioner Adam Silver, Sterling’s privately held corporation that owns the Clippers, LAC Basketball Club, Inc., and the NBA itself.

Sterling is suing his wife, Shelly, for fraudulently offering the L.A. Clippers for sale, despite having no legal standing or ownership control from which to do so. It further asserts that the NBA and Silver “acted in concert with Defendant to effectuate the fraudulent sale.”

Sterling alleges that his wife met with Silver to discuss terminating Sterling’s ownership interest in the Clippers, and then tricked him into undergoing PET and CT scans, telling him they were for “‘routine’ purposes,” as well as other medical examinations. According to the suit, the point of these examinations was instead to use them to remove Sterling as a co-trustee in the Sterling Family Trust, which held ownership control over LAC Basketball Club, Inc.

The results of those medical examinations were that Sterling was found “incapacitated and incapable of running his affairs and serving as co-trustee of the Trust,” according to the suit. Shelly Sterling, therefore, purportedly became sole trustee of the Sterling Family Trust. Donald Sterling alleges in the suit that this was a fraudulent effort to have him removed as co-trustee so that Shelly could go forth with a sale of the team regardless of his objections.

After this, the document details how Shelly Sterling executed a deal with Steve Ballmer for a $2 billion sale of the Clippers, despite not being a shareholder of LAC. Donald Sterling is the sole shareholder, and did not give his consent for the sale.

On June 9, the suit details that Donald Sterling revoked the Trust in its entirety, reverting the shares of LAC from the Trust to himself personally. This was two days prior to Shelly filing to confirm her as sole trustee of the Trust. As such, despite her position in the Trust, Shelly Sterling has no authority to vote any shares of LAC as Donald Sterling is the sole shareholder.