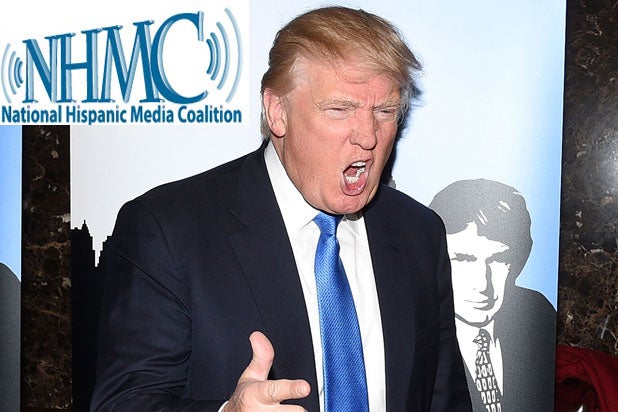 Nogales opined that Trump’s statements since entering the presidential race have alienated Latinos, and his statements could repel other demographics as well.

“Regardless of what he envisions, he has alienated the Latino community, he will soon alienate the Asian Pacific-American community. He has alienated women by the words that he has had for [Megyn] Kelly of Fox News, of all people.”

Added Nogales, “He is incorrigible, and he is a sociopath of the first order.”

Ramos’ ouster from the press conference — even though he was eventually allowed back in — won’t do anything to help draw Latinos to the candidate, Nogales asserted.

“He doesn’t seem to recognize that Ramos is an icon in our community, he has been reporting and reports the news in the best of fashion with the best of of journalistic integrity,” Nogales said. “And to say that he was screaming is silly. We all saw that he was not screaming.”

Despite Trump’s strong poll performance, Nogales warned that Trump’s circle of support is shrinking, even among what would seem to be his ideological allies.

“He’s gotta realize that words have a consequence and that not only the Latino community, but the nation as a whole is coming to grips with his action. Even Roger Ailes, for Christ’s sake, of all people, from Fox News, is saying, ‘That’s enough.’ And that’s what we’re all saying: That’s enough. To treat someone like Ramos with that kind of discourtesy, with that kind of rancor … I mean, it’s incredible.”

Also Read: Owen Wilson Says Donald Trump Is the Political Charlie Sheen: 'You Can't Help But Get a Kick Out of Him'

During the press conference, Trump insisted that Latinos “love me,” but Nogales isn’t buying it.