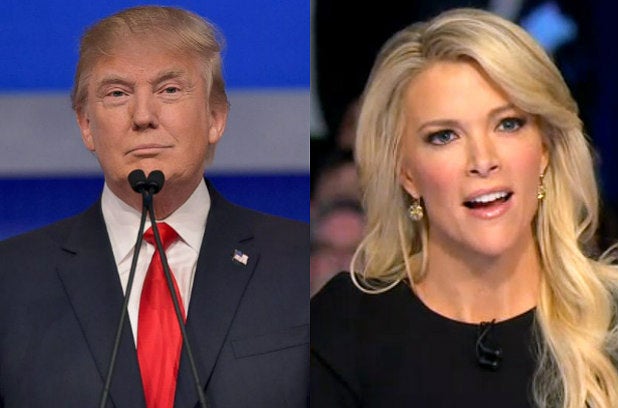 Donald Trump continued his tirade against Fox News anchor Megyn Kelly on Twitter on Tuesday, calling her “overrated” and urging her to take another “unscheduled vacation.”

The GOP presidential candidate took to Twitter to tweet negative things about Kelly and Bill O’Reilly. The mogul added that he just has “a really hard time watching Fox News.”

I am having a really hard time watching @FoxNews.

Do you ever notice that lightweight @megynkelly constantly goes after me but when I hit back it is totally sexist. She is highly overrated! — Donald J. Trump (@realDonaldTrump) September 23, 2015

I think @megynkelly should take another eleven day “unscheduled” vacation.

Trump has been personally attacking Kelly in the past couple of months, in which he questioned her intelligence and talent, and even went so far as to say that she was not a “quality journalist.” He has also continuously stated that he has been treated “unfairly” by Kelly. However, Kelly is not the only target of Trump’s Twitter wars. On Monday, Trump started a social media feud against O’Reilly. Trump took issue with O’Reilly’s decision to invite conservative commentators Charles Krauthammer, Rich Lowry and Hume to discuss Trump’s campaign.

.@oreillyfactor was very negative to me in refusing to to post the great polls that came out today including NBC. @FoxNews not good for me! — Donald J. Trump (@realDonaldTrump) September 22, 2015

.@oreillyfactor, why don’t you have some knowledgeable talking heads on your show for a change instead of the same old Trump haters. Boring!

O’Reilly has since responded to the bashing and spoke about it on Tuesday’s “Today” show, saying that Trump’s tweets were “just an extension” of his reality show, “The Apprentice.”

“I’ve known Donald Trump for years. He wants people to like him,” O’Reilly said. “When people criticize him, he takes it personally.”

Also Read: Donald Trump Bashes Megyn Kelly Again: 'She Must Have Had a Terrible Vacation'