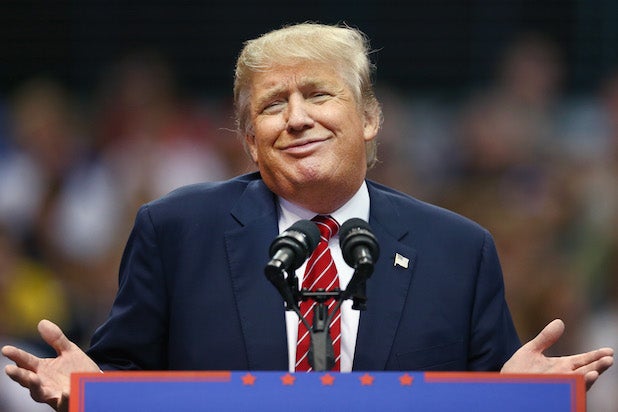 According to media reports, the 51-minute video from the Somalia-based group with ties to al-Qaeda uses footage from the Republican presidential candidate’s speech last month calling for a ban on Muslim immigration to the U.S.

“There are ominous clouds gathering in your horizon,” al-Qaeda leader Anwar al-Awlaki says in an archival sound bite used in the video. “Yesterday, America was a land of slavery, segregation, lynching, and Ku Klux Klan. And tomorrow it will be a land of religious discrimination and concentration camps.”

The video then cuts to Trump’s Dec. 7 rally in South Carolina, where the candidate called for a “total and complete shutdown of Muslims entering the United States until our country’s representatives can figure out what the hell is going on.”

“The West will eventually turn against its Muslim citizens,” warns al-Awlaki, who was killed by a U.S. drone strike in 2011.

The recruitment video also calls on black Americans to convert to Islam, citing recent tensions with police and the deaths of Michael Brown in Ferguson, Missouri and Walter Scott in South Carolina.

The release of the video follows Hillary Clinton calling Trump “ISIS’ best recruiter” during December’s Democratic primary debate. “They are going to people, showing them videos of Donald Trump insulting Islam and Muslims in order to recruit more radical jihadists,” she said.

Trump tweeted last month, “Hillary Clinton lied when she said that ‘ISIS is using video of Donald Trump as a recruiting tool.’ This was fact checked by @FoxNews: FALSE.”