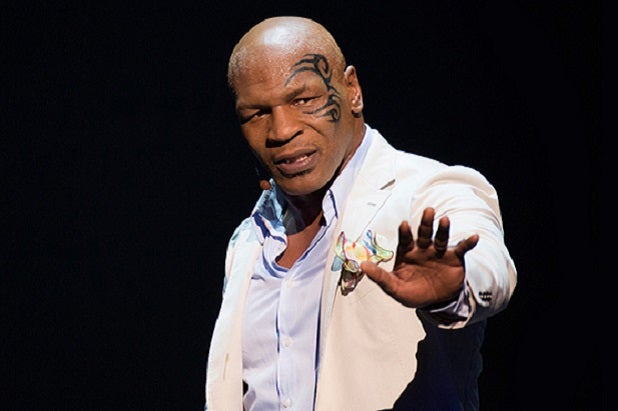 Donald Trump may have dropped behind Dr. Ben Carson in both an Iowa and national poll this week, but at least he’s still seen as the best presidential candidate in the eyes of Mike Tyson.

The former heavyweight Champion boxer, who has since found success in Hollywood, endorsed the real estate mogul while appearing on “HuffPost Live” on Monday.

“I like Trump,” Tyson said after answering, “I would, yeah,” when asked if he was giving his official endorsement to the GOP candidate.

“We tried Obama, right? Time for a change so we got change,” Tyson said. “Let’s try something new. Let’s run America like a business, where no colors matter. Whoever can do the job, gets the job.”

The “Mike Tyson Mysteries” star said he was impressed by Trump’s decision to disavow all super PACs formed to support his campaign, which Trump said on Friday is self-funded in order to “not be controlled by the donors, special interests and lobbyists who have corrupted our politics and politicians for far too long.”

“This guy’s winning fair and square, he’s not bribing anybody,” Tyson said.

But the boxer-turned-actor did admit Trump may need somebody to craft more politically correct speeches in wake of a number of controversial statements that have haunted his campaign.

“He didn’t know how to say it,” Tyson said. “He needs someone to work with him on how to deliver his messages and stuff.”

See Video: Donald Trump Admits He's Got Weaknesses at 'Today' Show Town Hall, But 'Doesn't Wanna Give It Up'