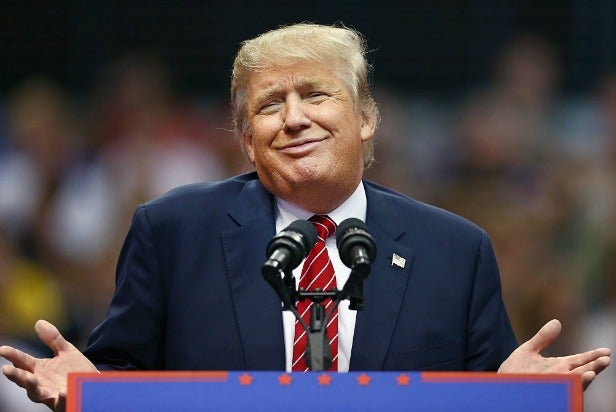 Donald Trump has a propensity for exaggeration that voters have slowly become acquainted with during his presidential campaign.

But reporters who cover TV don’t need any schooling in Trump’s tenuous relationship with the truth.

The Donald has over the past decade bragged about his ratings and salary for “The Apprentice” and its spin-off, “Celebrity Apprentice.” But a lot of his statements have failed to withstand even casual scrutiny.

In January 2015, shortly before he started his White House bid, Trump told reporters at the TV press tour that “Celebrity Apprentice” was “the No. 1 show on television.”

The fact that “Celebrity Apprentice” was not and never had been did not appear to trouble the brash real-estate mogul. When journalists objected, Trump corrected himself to say that his show had been No. 1 on Mondays.

In fact, it was beaten in the Nielsen ratings on Mondays by the (now-canceled) sitcom “Mike & Molly.”

No matter what the numbers may have said, “Celebrity Apprentice” was No. 1 in Trump’s mind, and there it was going to stay. “That’s just what I heard,” he said of his show’s supposed dominance.

Ratings aren’t the only arena where Trump stretches the truth.

Back in 2004, when “The Apprentice” became a genuine ratings phenomenon, Trump brashly proclaimed himself the highest-paid star in prime time.

A memorable assertion, if only it were true.

“Well, that’s my understanding,” he told this reporter at the time.

His understanding was flawed, as it turns out. Using information from Trump himself and others, it was determined that Trump had clinched a renewal deal that would pay him around $100,000 per episode over 32 episodes, or $3.2 million total.

That was nowhere near the $1 million per episode the stars of “Friends” were then making, although Trump apparently believed the sitcom cast was splitting the pot six ways.

At this point, voters can only hope that the presumptive GOP nominee has a firmer grasp of foreign policy than he does the Nielsen ratings.

Hope Hicks, a spokeswoman for the Trump campaign, did not immediately respond to a request for comment.