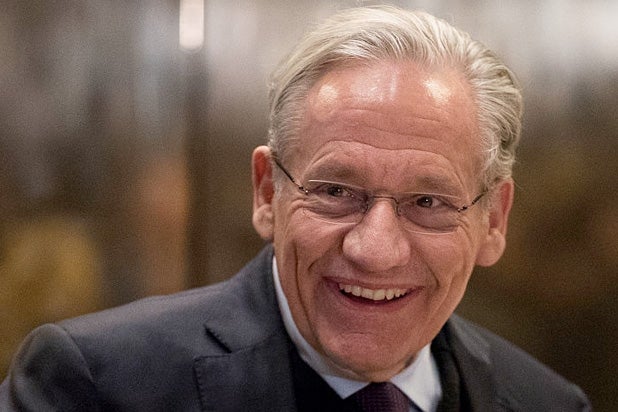 During an interview on Fox News with primetime host Laura Ingraham, the president said, “I was interviewed by a very, very good writer, reporter. I can say Bob Woodward.” Adding, “He said he’s doing something and this time, I said, ‘Maybe I’ll sit down.'”

The statement was quite a surprise, given the POTUS’ reaction to Woodward’s 2018 book of bombshells about the Trump administration, “Fear,” for which the president famously denied requests to be interviewed.

The Post’s Josh Dawsey reported Sunday that Trump has “told skeptical senior aides to cooperate with Woodward at this time.”

Representatives for the White House and Woodward didn’t immediately respond to requests for comment on the nature of any forthcoming project or cooperation between the president and the journalist.

When “Fear” — drawn from hundreds of hours of interviews with aides, firsthand participants and witnesses conducted on “deep background,” as well as from meeting notes, diaries and government documents, according to Woodward’s employer, the Washington Post — came out in 2018, the White House said it was “nothing more than fabricated stories, many by disgruntled employees, told to make the president look bad.”

Trump himself said at the time that Congress should “change libel laws.”

“Isn’t it a shame that someone can write an article or book, totally make up stories and form a picture of a person that is literally the exact opposite of the fact, and get away with it without retribution or cost,” Trump said on Twitter. He went on to call Woodward a “Dem operative,” without any substantiation of the accusation.

In “Fear,” Woodward reported that aides had turned to removing official papers from Trump’s desk as part of efforts to “control his impulses and prevent disasters,” as the Washington Post put it during a pre-publication report.

Woodward is best known for teaming up with fellow Washington Post reporter Carl Bernstein in 1972 and uncovering the Watergate scandal, which, ultimately, led to the resignation of Richard Nixon.