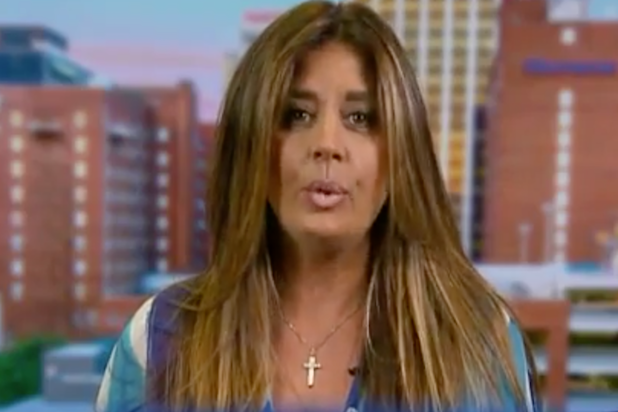 Donald Trump’s former companion, Rowanne Brewer Lane, has accused the New York Times of taking her quotes out of context for a story about how Donald Trump behaved with women in private.

“They did take quotes that I said and they put a negative connotation on it. They spun it to where it appeared negative,” she said on Fox News’ “Fox & Friends” Monday morning. “I did not have a negative experience with Donald Trump.”

Trump personally called CNN’s control room to make sure the “New Day” team was aware of the interview occurring on its rival’s program.

The Times printed a story over the weekend titled, “Crossing the Line: How Donald Trump Behaved With Women in Private,” which included a story about Lane being pressured into trying on a bathing suit for the presumptive GOP nominee. According to the article, Brewer Lane “dated Mr. Trump for several months in 1990 and early 1991.”

The publication interviewed “dozens of women” who have worked for the presidential candidate over the past 40 years, conducting 50 interviews over the span of six weeks. Their accounts allegedly revealed Trump’s derogatory nicknames, negative comments on appearance, and inappropriate interactions between the real estate mogul and many women.

Trump has denied most of the allegations in the New York Times story except one, and has previously described himself as a “champion of women,” claiming that “nobody respects women more” than he does.

The story painted a picture that Lane claimed that she met Trump when she was 26 at a pool party at Mar-a-Lago, his estate in Palm Beach, Florida. He allegedly told her to put on a swimsuit and paraded her around the mansion, claiming “That is a stunning Trump girl, isn’t it?”

Trump , however, disputed the claim. “A lot of things get made up over the years. I have always treated women with great respect,” he said. “And women will tell you that.”

Brewer Lane seems to agree, and also called Trump “kind, “thoughtful” and “generous” over the course of the interview.

A spokesperson for the Times told TheWrap, “Ms. Brewer Lane was quoted fairly, accurately and at length. The story provides a lot of context for the reader including that the swimsuit scene was the ‘start of a whirlwind romance’ between Ms. Brewer Lane and Mr. Trump.”