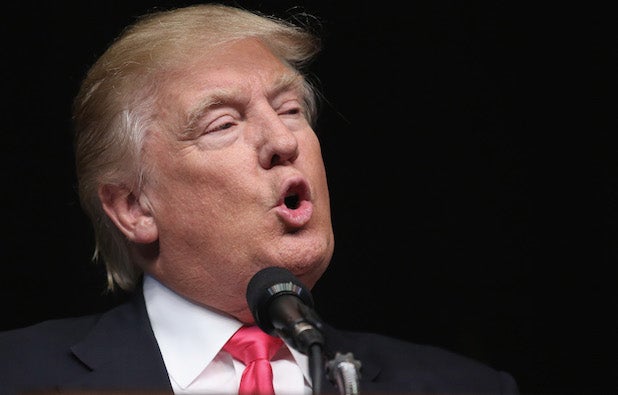 Donald Trump is now the recipient of a Purple Heart medal — and he’s damn glad that he didn’t have to go out and get wounded to receive it.

Appearing at a Trump for President rally in Ashburn, Virginia, on Tuesday, GOP presidential nominee Trump told the crowd that a veteran had given him his Purple Heart medal, an honor that typically requires more than a bruised ego to attain.

“Something very nice just happened to me. A man came up to me and he handed me his Purple Heart,” Trump said. “I said to him, ‘Is that like the real one, or is that a copy?”

Trump continued, “He said, ‘That’s my real Purple Heart. I have such confidence in you.'”

Trump went on to admit that, while he always wanted a Purple Heart, having one handed to him was much less of a hassle than actually being wounded or killed.

“I said, ‘Man, that’s like big stuff. I always wanted to get the Purple Heart. This was much easier.'”

Also Read: Will Smith 'Furious' Over Donald Trump's Treatment of Women: 'Absolutely F--ing Insanity to Me'

Calling all Swift Boaters; if you’re looking for something to gripe about this election season, you might want to watch the video below.