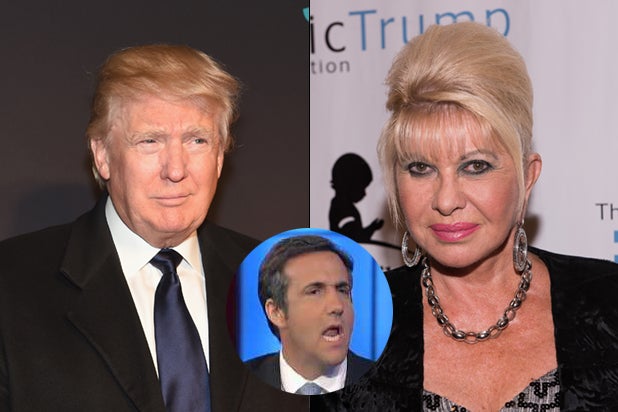 Donald Trump’s special counsel Michael Cohen has apologized for telling a Daily Beast reporter that legally “you cannot rape your spouse.” Still, several high-profile Hollywood lawyers say Cohen is dead wrong on the law — not to mention being seriously undiplomatic.

“Cohen needs to be fired yesterday,” criminal defense attorney Mark McBride told TheWrap Tuesday. “And you can quote me on that.”

Cohen, the executive vice president of the Trump Organization, was trying to shoot down a decades-old report that Trump’s ex-wife, Ivana Trump, once accused the Republican presidential front-runner of rape. Ivana Trump has since called the Daily Beast’s story “totally without merit.”

But Cohen’s assertion about the impossibility of spousal rape has drawn widespread criticism.

“He either made that statement out of ignorance or he’s a bully out to impress his loud-mouthed client,” former sex crimes prosecutor and criminal litigator Steve Meister told TheWrap. “Either way, Cohen made himself sound like an idiot.”

On Tuesday, a day after making his controversial remarks, Cohen issued a mea culpa saying that he was caught off guard by The Daily Beast reporter’s “reprehensible and false allegation” against Trump. “In my moment of shock and anger, I made an inarticulate comment — which I do not believe — and which I apologize for entirely.”

For his part, Trump said Tuesday that Cohen will not be sent packing from his organization despite his unauthorized comments. ‪”He’s speaking for himself. He’s not speaking for me, obviously,” Trump told CNN’s Don Lemon. “Michael was extremely angry because he knew (the alleged incident) never took place.”

Attorneys suggested that Cohen was likely relying on outdated definitions of rape. “Under common law the wife was considered ‘chattel,’ a term that means possession, just like a chair or a house,” Los Angeles-based criminal defense attorney Steve Cron told TheWrap. “So you couldn’t rape her because she was legally yours. But these days it is absolutely possible that a husband can rape his wife.”

“What Cohen said is high up there in the realm of stupid things someone can say in defense of his client,” he added.

Marital rape has been illegal in all 50 states since 1993 and non-consensual sex between spouses does in fact constitute rape, according to the Rape, Abuse & Incest National Network.

“In New York [where the incident took place], specifically, the state’s highest court ruled in 1984 that a marital exemption in its rape law was unconstitutional,” the organization told TheWrap in a statement. “Like all survivors of sexual assault, people raped by a spouse must deal with significant emotional and psychological effects. Survivors of marital rape can face additional hurdles, such as loss of trust in someone they care for deeply, and a fear of telling or reporting due to family or economic considerations.”