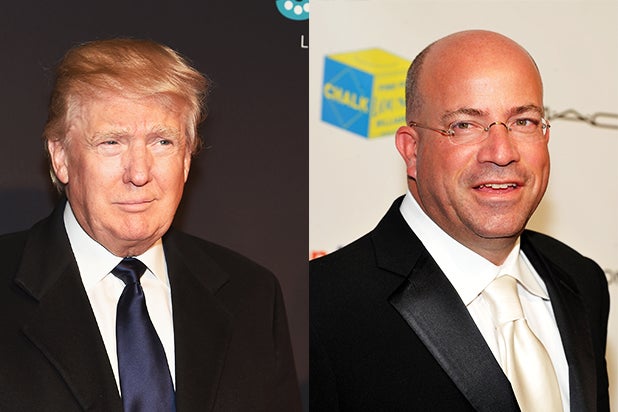 Donald Trump is demanding that CNN donate all profits of the upcoming Sept. 16 GOP debate to U.S. veterans.

In an open letter to CNN president Jeff Zucker, the GOP presidential frontrunner says that, “While I refuse to brag, and as you know very well, this tremendous increase in viewer interest and advertising is due 100% to Donald J. Trump. You saw it on ‘The Apprentice,’ where it was virtually the easiest show to sell to advertisers on television, and at extraordinary rates.”

The real estate mogul goes on to encourage Zucker and CNN to use the additional funds for a good cause.

“You should view the second debate broadcast as a public service and not accept the massive profits that this airing will generate. I believe that all the profits from this broadcast should go to various VETERANS groups, a list of which I will send to you in the near future.”

CNN is expecting ratings to skyrocket during the upcoming debate, hiking up prices roughly 4,000 percent above its normal rate for commercial time.

The cable news network is charging as much as $200,000 for a 30-second spot, according to reports. That’s the equivalent of buying commercials during broadcast primetime series.

Usually, an average spot during CNN’s primetime coverage would set you back about $5,000.

The first debate, which aired on Fox News Channel in August, was the most-watched program on TV that week, breaking all non-sports cable ratings records with more than 24 million viewers.

Trump ended the letter by asking for CNN’s decision “as soon as possible.”

CNN has not yet responded to TheWrap‘s request for comment.