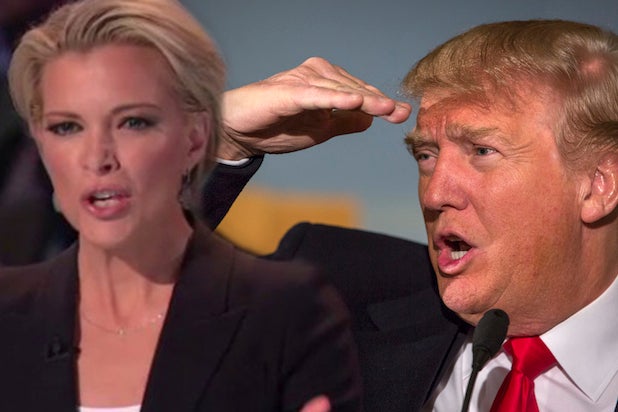 Twitter has already chimed in on who won tonight’s big political fight. No, we don’t mean the GOP debate. We mean the standoff between the debate and Donald Trump’s simultaneous alternate event.

We all know the story. Trump backed off the debate after he felt insulted by a Fox News press release defending co-moderator Megyn Kelly. Trump enlisted military veterans on a mission to steal Fox News’ thunder and prove the GOP needs him for ratings and attention.

Well, Trump got off to a nice start when social media exploded after Fox News issued another statement in the early stages of the debate. Instead of paying attention to the debate, pundits and bloggers were busy obsessing over the exchange.

It’s all because Trump claimed Fox News tried to apologize before tonight’s debate. But Trump made those claims on Fox News rival CNN. That took the attention off the debate and put it on Trump. Fox News stole some of the attention back with its own statement.

We know one of the smartest businessmen in American history like Trump’s decision, even if he couldn’t spell his name:

Tump looks smart getting away from this slaughterhouse

Another mild victory for Trump came when candidates from the “Happy Hour” debate skipped the main event to attend Trump’s event.

We’ll find out Friday whether Trump’s event or Fox News’ was better watched.

In the meantime, here’s what Twitter had to say:

love the folks at CNN & MSNBC saying last night they would cover whatever was newsworthy of Trump event. So far breaking only for ads.

Why @GovMikeHuckabee said he had no concerns about appearing at @realDonaldTrump’s #Iowa event https://t.co/bVKjH73tJw

#GOPDebate: Little or no discussion on taxes, healthcare, & Federal Reserve.

Who won the GOP debate? A: Those who didn't watch it. #GOPDebate

So, I guess if you held a gun to my head and told me to vote for one of these #GOPDebate candidates, I'd tell you to pull the trigger.

.@krauthammer:"[#GOPDebate] was much more substantive than about any other & there were almost none of the ad hominems & insults."#KellyFile

.@krauthammer on tonight’s #GOPDebate: “It was a very spirited debate. It was much more substantive than about any other.” #KellyFile

There was a Donald Trump-sized void in the Republican debate lineup tonight https://t.co/4NLuIYVIvh | Getty pic.twitter.com/tnIZQKZDkQ

Someone didn’t believe Trump wasn’t showing until it ended:

Someone thought Kelly was the winner of the night:

On a completely apolitical closing note: If I could just pull off Megyn Kelly's new 'do, life would be so much easier. #LongHairProblems

#GOPdebate: Lots of bickering, no real plans to strengthen families or keep us safe. pic.twitter.com/HsojcMQUMq

So what do you think: Who won?