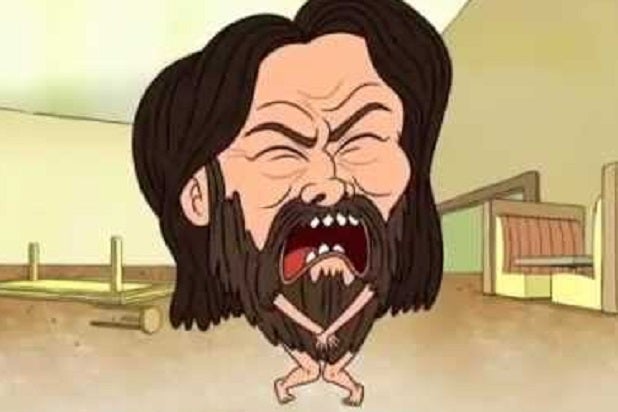 Sorry, Billy Mitchell, it’s Game Over. At least as far as your lawsuit against Cartoon Network is concerned.

Video gamer Mitchell, former world record-holder for high scores in Donkey Kong and Pac-Man, has lost his lawsuit against the network and Turner Broadcasting.

Mitchell contended that his likeness had been misappropriated on the series “The Regular Show” for the character Garrett Bobby Ferguson, who appeared as a villain in an episode titled “High Score” and briefly appeared or was mentioned in three other episodes.

Ferguson “appears as a giant floating head from outer space, with long black hair and a black beard, but no body,” according to court papers obtained by TheWrap. In the “High Score” episode, the character brags that he still holds the “universe record” for Broken Bonez, after two other characters set the world record.

Mitchell filed suit in July, alleging that his likeness was appropriated without his consent, for the purpose of increasing sales and profits. In their motion to dismiss, Cartoon Network and Turner acknowledged “an obvious parody” of Mitchell’s appearance in the 2007 documentary “The King of Kong: A Fistful of Quarters,” but argued that Mitchell’s right of publicity claim was prohibited by the First Amendment.

In an opinion handed down in federal court in New Jersey on Friday, Judge Anne found that the character differed significantly enough from Mitchell, granting the motion to dismiss.

“By exaggerating Plaintiff’s well-known traits to make the GBF character ‘cartoonishly evil’ … the Defendants have added something new, transforming their appropriation of Plaintiff’s likeness and making their television show a poor substitute for conventional depictions of Plaintiff,” Thompson’s order reads. “Because they have added something new, Defendants’ appropriation of Plaintiff’s identity passes the Transformative Use Test, and thus receives the protection of the First Amendment.”