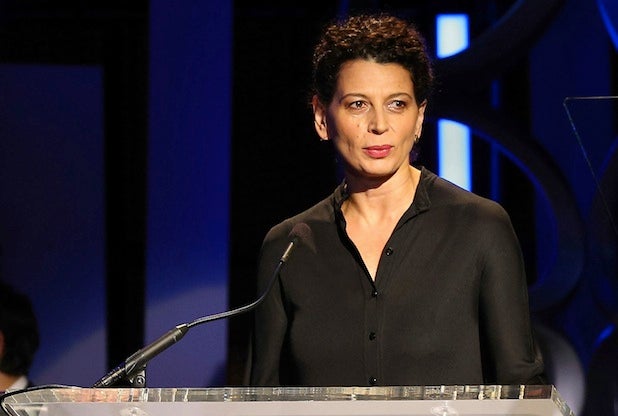 Universal Pictures Chairman Donna Langley has extended her contract through 2017 and added new departments to her purview — including international production and worldwide marketing — a vote of confidence from her organization after her recent promotion.

Langley, previously co-chair, took over as chairman last September when her NBCUniversal bosses fired previous chair Adam Fogelson and placed Jeff Shell in charge of the Universal Filmed Entertainment Group. Though Langley assumed a new position, her duties did not change from the four years she spent serving a rung below Fogelson, overseeing domestic production and Focus Features.

She will now oversee international production and marketing, as well as domestic marketing – all former Fogelson charges. Universal produces several local films in other countries and acquires various titles.

Marketing president Josh Goldstine and international president David Kosse will now report to both Langley and Shell, while Langley continues to report to Shell. Divisions such as distribution, home entertainment and consumer products remain the domain of Shell, some of which Fogelson had overseen.

“During the past five months, I’ve gotten to know Donna and together we’ve found a great working rhythm that is both comfortable and complementary,” Shell said in a statement.  “She has terrific creative instincts and I’m continually impressed by the depth of her talent and filmmaker relationships, her experience and her work ethic. I’m thrilled to have her as my partner.”

Production has long been Langley’s domain. She began at Universal in 2001 as SVP of production, and is credited with forging or maintaining partnerships with filmmakers, producers and companies such as Judd Apatow, Will Packer, Jason Blum Working Title Films and Imagine Entertainment, leading to recent hits such as “Ted,” “Les Miserables” and “Ride Along.”  She has also reinvigorated franchises such as “Fast & Furious” and the Jason Bourne movies while acquiring books such as  “Unbroken” and “Fifty Shades of Grey.”

At the recent Los Angeles premiere of “Ride Along,” producer Will Packer, director Tim Story and stars Ice Cube and Kevin Hart all went out of their way to thank Langley for her commitment to the project, which is one of the year’s two early hits. The other, “Lone Survivor,” is also a Universal release.

This latest addition to her domain signals that her bosses are comfortable granting her authority over newer terrain, expanding her role after a year in which Universal films grossed a record-breaking $3.7 billion at the worldwide box office. Though the studio produced two of the year’s biggest failures – “R.I.P.D.” and “47 Ronin” – hits such as “Despicable Me 2,” “Fast & Furious 6” and “The Purge” made up for it.

“Donna is one of the finest all-around motion picture executives I’ve ever known and I’m delighted she is getting this well-deserved extension and expanding her duties as Chairman,” NBCUniversal Vice Chairman Ron Meyer said in a statement.  “I’m confident that Donna and Jeff will continue to create long-term success for our film group and I’m looking forward to our ongoing collaboration.”