Warner Bros./New Line’s “Don’t Worry Darling” has steered away from tepid reviews and weeks of behind-the-scenes gossip and toward a solid opening at the box office, earning $9.4 million from 4,113 locations on Friday, as it is now estimated for a $21 million weekend launch, just above projections for a $17-20 million opening.

The thriller directed by Olivia Wilde and starring Florence Pugh and Harry Styles was produced on a budget reported to be at around $35 million, so this opening puts the film on track to earn a modest theatrical profit if it gets some help from overseas theaters. The Venice premiere of “Don’t Worry Darling” was beset with constant rumors about animosity between Wilde and Pugh during the film’s production, and reviews from critics during and after the festival didn’t help matters with a 38% score on Rotten Tomatoes.

Audiences were somewhat kinder to “Don’t Worry Darling,” giving it a B- on CinemaScore along with an 83% audience score on Rotten Tomatoes and a 67% positive rating on Comscore/Screen Engine’s PostTrak. That sort of word-of-mouth won’t give it a lot of legs, but “Darling” should last long enough in theaters to make it past its low break-even point. As expected, two-thirds of the film’s audience on opening night was female, according to CinemaScore polls. 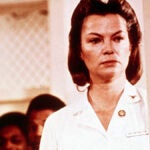 In second is Sony/eOne’s “The Woman King,” which is estimated to earn $10 million in its second weekend for a decent 47% drop from its $19 million opening weekend. The historical epic starring Viola Davis is projected for a 10-day total of $35.5 million.

20th Century’s re-release of James Cameron’s “Avatar” has taken third with an industry estimated $9 million weekend total after making $3.3 million on Friday. The 4K HDR remaster of the sci-fi epic also contains new footage from its upcoming sequel “The Way of Water,” coming out in December.

It’s a solid start for this two-week re-release run, which was projected for an $8-11 million weekend result, though it is roughly half of the $17 million earned by Cameron’s other big box office hit, “Titanic,” when it got a 3D re-release in 2012. 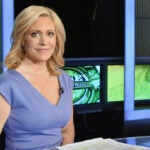 20th Century’s “Barbarian” is in fourth, continuing to show stronger legs than most slasher films with an estimated $4.7 million third weekend to bring its total to $28 million. Another slasher, A24’s “Pearl,” completes the Top 5 with an estimated second weekend of $1.8 million for a two-weekend total of $6.6 million.

Meanwhile, Universal’s big summer blockbuster “Jurassic World: Dominion” finally inched past the $1 billion mark more than four months after its June release, joining its two predecessors in the 10-digit box office club. The blockbuster joins “Spider-Man: No Way Home” and “Top Gun: Maverick” as only the third blockbuster since the pandemic began to hit $1 billion worldwide, with the combined box office gross of the “Jurassic World” trilogy now exceeding $6 billion.