Fans of ’80s TV who were hoping to see “Doogie Howser, M.D.” star Neil Patrick Harris make an appearance on Disney+’s upcoming reboot of the show will have to make peace with the fact the producers couldn’t get the former child star onto the first season of “Doogie Kamealoha, M.D.”

However, the NPH exclusion from the Hawaii-set reboot, which stars Peyton Elizabeth Lee in the title role of the unbelievably young doctor, is purely due to the pandemic, according to series creator Kourtney Kang.

“We need to connect Peyton and Neil! And yes, we have been in touch, with Neil,” Kang told reporters during a virtual panel for “Doogie Kamealoha, M.D.” during the Television Critics Association’s press tour Thursday. “I worked with him for nine years on ‘How I Met Your Mother.’ He is so wonderful. And as soon as this all started coming together, we reached out and he has been so supportive of this project and so lovely. And we were trying to get him to come out in Season 1 and do something with us and with the pandemic, and Neil has a family in New York, and so many things going on, bandwidth-wise, it didn’t work out.” 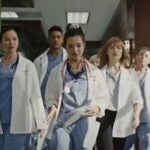 Lee says she has “not personally spoken with Neil” while making the first season of the new “Doogie,” but “would love to.”

Set in modern-day Hawaii, the 10-episode reboot follows Lahela “Doogie” Kameāloha (Lee), a mixed-race 16-year-old girl, juggling a budding medical career and life as a teenager. Guiding Lahela (and also complicating things) is her family, including her spitfire Irish mother (Kathleen Rose Perkins) who’s also her supervisor at the hospital, and her “Local Boy” father (Jason Scott Lee) who struggles to accept that his daughter is no longer his little girl. 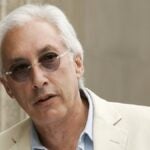 The original “Doogie Howser, M.D.” starred a very young Harris as a teenage physician balancing the challenge of practicing medicine with the everyday problems of teenage life.