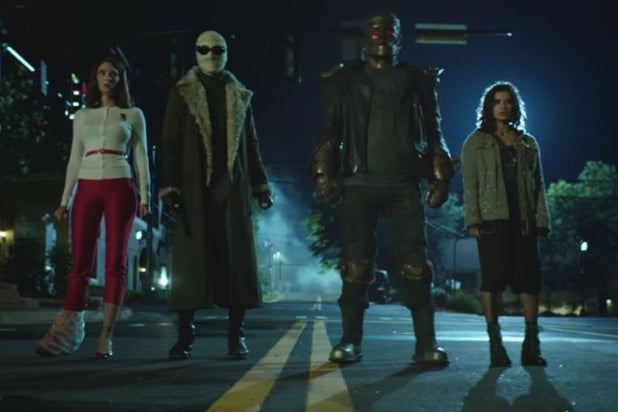 Had a rough week? The cheerfully silly, R-rated weirdness of “Doom Patrol” might be just what you need. The DC Universe show is a little bit “X-Men,” a little bit 1950s monster movie, and a lot of lesson-free fun. We talk about it in the latest Low Key podcast, which you can listen on Apple or right here:

On every episode of “Low Key,” Keith Dennie, Aaron Lanton and I talk about pop culture moments we think others have missed. We think “Doom Patrol” is probably not getting as many think pieces as it deserves because there’s so little to think about — it’s just fun.

“Doom Patrol” follows Brendan Fraser as a lumbering robot man named, uh, “Robot Man,” who joins a grimly goofy team of super zeroes who live together in Doom Manor under the guardianship of their “Chief,” played by Timothy Dalton. The cast includes Diane Guerrero as Crazy Jane, April Bowlby as Elasti-Girl, Matt Bomer as Negative Man, Joivan Wade as Cybord, and Alan Tudyk as their arch-nemesis, Mr. Nobody.

“Doom Patrol” has drawn many “X-Men” comparisons because Chief, like Professor X, uses a wheelchair, lives in a secluded mountain and leads a team of outcasts. But the first “Doom Patrol” comic actually beat the first issue of “X-Men” by three months, back in 1963.

And while “X-Men” comics provide allegories about discrimination and bigotry, “Doom Patrol” showrunner Jeremy Carver seems content, so far, to just entertain. “Doom Patrol” won’t force you to consider whether Professor X and Magneto are supposed to represent the Rev. Martin Luther King, Jr. and Malcolm X, or the morality of stripping mutants of their powers.

Nope. You’ll just laugh, wince, and watch a puff of green smoke emerge from a donkey’s butt, one of several butts you’ll see in the first couple episodes.

We also talk this episode how the new “X-Men: Dark Phoenix” trailer and how confusing the “X-Men” continuity is getting. Do we like “Doom Patrol” more than “X-Men”? Let’s not be ridiculous. But at least they aren’t planning some rehashed Dark Elasti-Girl storyline. (We don’t think.)