As a journalist at Virginia’s Roanoke Times, Beth Macy saw the devastation of America’s opioid overdose epidemic — and reported on it — long before it hit the national news. As a writer and producer on Hulu’s new show, “Dopesick,” based on her 2018 book of the same name, she hopes the adaptation will carry a message to Americans about opioid use disorder.

“We still stigmatize the wrong people. We stigmatize the people who are addicted to opioids, rather than the companies and the regulators that let it happen,” Macy told TheWrap, noting that Fox21 series developer Warren Littlefield promised her they would “shine the klieg light” on the issue. “I hope Americans will understand how we got here and then that will ripple out into systemic change, and better policies and better treatment for people with opioid use disorder.”

Unlike many authors whose work on a film or TV project ends the moment they sell the rights to their work, Macy played a key role in the selection of some of the cast members who would portray the characters in her book, as well as making sure it was filmed in Virginia. “I really found myself as sort of the defender/protector of Appalachia to the point of like practically crying to Danny that I wanted to shoot in Virginia,” she said. “Because I felt like that would be more authentic, and if there was any economic development or boost to be had, Virginia deserved to have it, and he agreed to shooting in Virginia.” 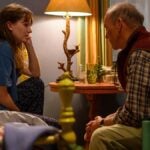 Macy even has a cameo in the third episode (seen below) as a fictional medical expert on the board of the Journal of Pain. “We laugh about this because we’re like best buds now, but I couldn’t tell if he liked me or what. He had his own ideas. I had mine,” she said.

He did like her, in fact. “Beth Macy was a wonderful member of the ‘Dopesick’ team. She was in the writer’s room as our resident expert and a passionate advocate for shooting the show in her home state of Virginia,” Strong told TheWrap. “I absolutely adore Beth and am so thrilled she joined us on this journey to tell this important story.”

Strong allowed Macy to provide input on casting to help “the viewer to come away with this idea that there are solutions to this.”

Accurate representation of the overdose crisis is important to Macy, who recalls writing her first story on the topic back in 2012. That year, she found herself covering a heroin overdose uptick in a wealthy suburb of Roanoke, she told TheWrap, and noticed while covering many subsequent stories that the blame was too often on the victims rather than the root cause of the crisis.

In particular, Macy blamed the wealthy Sackler family’s Purdue Pharma, which brought the opioid medication OxyContin to the market in the late 1990s and aggressively promoted it. Thanks, in part, to a heavy marketing push by Purdue, the drug was prescribed often — and soon became available in the street, outside of medical settings. Regulations ultimately made OxyContin and other prescription opioids scarce on the street market, prompting new users to try heroin for pain relief or to stave off withdrawal. In recent years, fentanyl, which is more powerful than heroin or morphine, infiltrated the illicit drug supply in America. Through these three waves of the crisis, deaths have continued to rise. Last year, over 93,000 Americans died of a drug overdose.

Purdue’s role in the crisis is highlighted in the show, but also in recent headlines: The entire Sackler family just won sweeping immunity from future lawsuits in a controversial bankruptcy deal that the Department of Justice is now moving to block. Hulu’s show is hitting the streaming waves at a particularly timely moment.

Macy hopes the audience will walk away with a changed perspective, even if they only come to the show for entertainment initially. “So many people with [opioid use disorder] end up getting arrested instead of offered treatment for their medical condition,” she said. “I’m hoping that people leave it with a new understanding [that] we’re putting the wrong people in jail.” 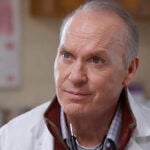 Macy was enthusiastic about the show’s “star power,” which will bring a whole new audience to the subject. They might just be “coming to it for entertainment value,” she said, “but they’re gonna leave with a history lesson, a social justice lesson.”

“What impressed me about the actors, is that they all have done their own homework and their own reading,” she said, praising Rosario Dawson, who plays DEA agent Bridget Meyer, specifically. “It blew me away how knowledgeable they were, so they’ll be great ambassadors going forward.”

The author was eager to discuss medically-assisted treatment options for people with opioid use disorder, like methadone and Suboxone, while talking to TheWrap, and those options — and the intense stigma surrounding them — play a key role in “Dopesick,” too.

“If you go away from the show and you don’t understand what buprenorphine or Suboxone is, you’ve missed a big part of it,” she said.

Though the process of writing her book was difficult, Macy is glad she threw herself into the topic and followed it all the way to Hulu.

“I have great friends. I have a great support system. My husband is great. I’m not afraid to ask for professional help when I feel overwhelmed,” she said. “At the end of ‘Dopesick,’ my doctor thought I might have had PTSD, and I really, literally, I didn’t want to write about it ever again.”

That being said, her next book, “Raising Lazarus: Hope, Justice and the Future of America’s Overdose Crisis,” due out next summer, will focus on solutions to the problem. “It’s about these people who are really doing the work,” she said. “It’s healing for me to write about the positive now.”

The first three episodes of “Dopesick” are streaming on Hulu now.