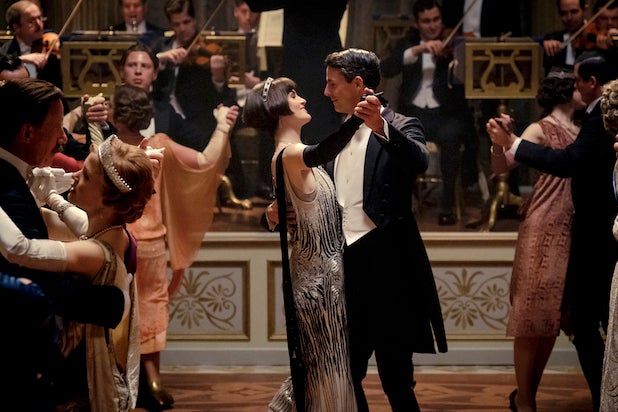 It hasn’t been that long since “Downton Abbey” went off the air, but a lot has happened since the British historical drama ended its six-season run in 2016.

With the Focus Features film sequel hitting theaters this weekend, now’s the time to brush up on where we left off with the Crawley family in the series finale.

In his review for TheWrap where he compared the “Downton” film to “The Avengers,” critic Dave White described the theatrical sequel — set in 1927, two years after the finale — as “a densely packed two-hour episode that manages to touch on the lives of every main character (and there are over two dozen of them) and weave together what would amount to a season’s worth of narratives.”

So for anyone who needs a primer before heading to the theater for the upstairs-downstairs version of a superhero team-up movie, here’s a rundown of where every major character ended up:

Lady Mary (Michelle Dockery) and Henry Talbot (Matthew Goode) finished “Downton’s” six-season run married and expecting. Mary has convinced her father (Hugh Bonneville) to let her become more involved in the day-to-day operation of Downton, and Henry has given up race-car driving at his new wife’s behest, instead opening a car shop with Tom (Allen Leech).

Lady Edith (Laura Carmichael) won the show by marrying Bertie (Harry Hadden-Paton), making Edith a marchioness who technically outranks her entire family. The pair traded vows in the Christmas special after the revelation that she had a secret child out of wedlock nearly derailed their relationship for good.

The Dowager Countess (Maggie Smith), continuing to be the smartest person on the show, helped broker a truce between Edith and Mary and convinced Isobel (Penelope Wilton) to marry Lord “Dickie” Merton (Douglas Reith).

Mr. Carson (Jim Carter) and Mrs. Hughes (Phyllis Logan) have married and settled into a modest life in a village near Downton. Carson was diagnosed with palsy, and though his shaky hands forced his resignation from his position as head butler, he was asked by the Crawley to remain on in an advisory capacity. Reformed troublemaker Thomas Barrow (Rob James-Collier) succeeded him as head butler.

Anna (Joanne Froggatt), Mary’s maid, and Mr. Bates (Brendan Coyle), Robert’s valet, had a baby, who was born the day of Edith’s wedding.

Mrs. Patmore (Lesley Nicol) is still Downton’s cook, with support from Daisy (Sophie McShera), who moved to a farm and sparked up a romance with Andy (Michael C. Fox). Mr. Molesley (Kevin Doyle), in helping Daisy with her studies, discovered a new passion for teaching and left the manor.