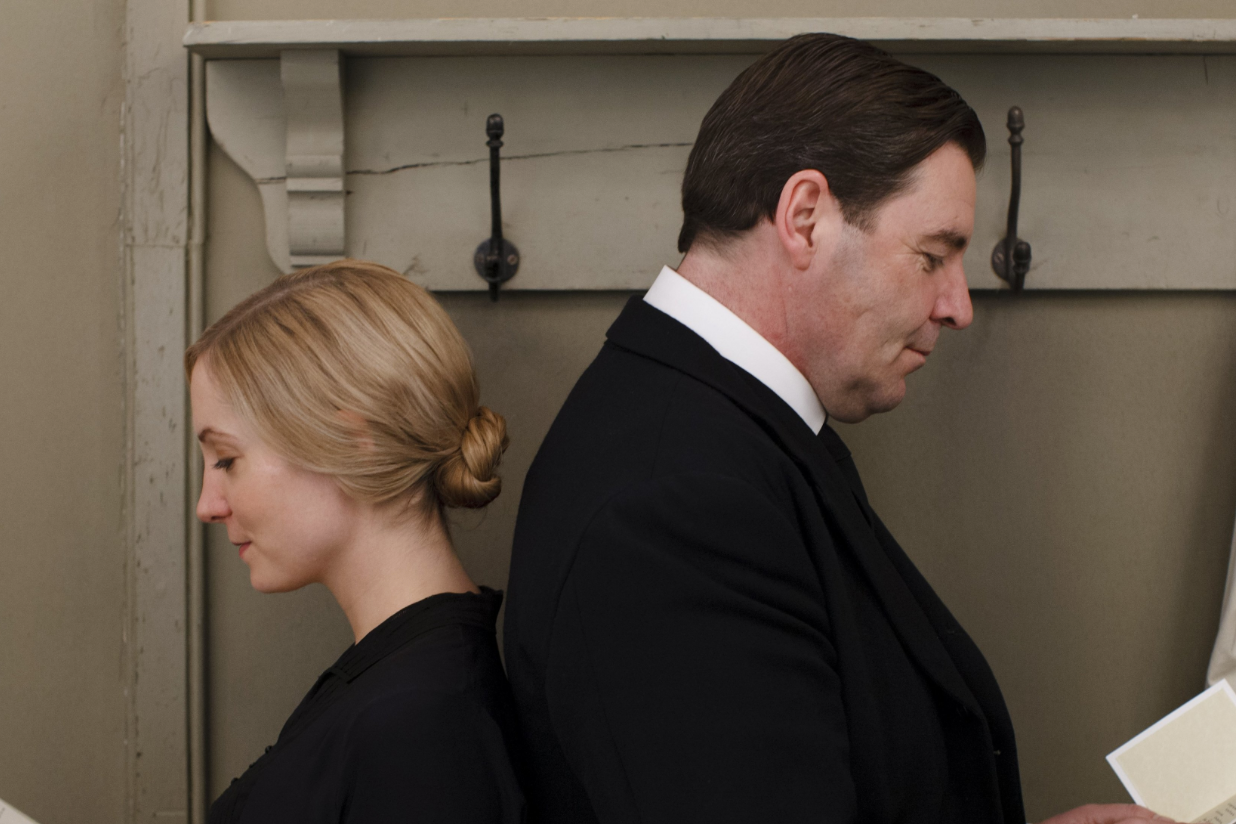 Has “Downton Abbey” jumped the proverbial shark, or in its case, the sterling silver tea set?

That troubling question arises in many reviews for the British soap opera’s fourth season, which returns viewers to the world of white gloves and dinner jackets Sunday when it airs on PBS. It’s a glorious long-ago time filled with trusty valets, conniving parlor maids and well-intentioned aristocrats.

“Downton Abbey” follows the social, romantic and financial headaches of a sprawling group of landed gentry and servants as they struggle to adjust to changing times following the end of World War I. Among the signs of an exciting new modern era — in no particular order — electric mixers, sewing machines and black people (in the form of a new jazz musician character).

TheWrap’s Diane Garrett reports that based on the initial episodes, the show is still addictive, but it’s sudsier than past seasons and more familiar. Maggie Smith is still firing off put-downs as the Dowager Countess, Lady Mary remains elegant and love-lorn and everyone’s manners are impeccable.

“Despite the occasional creakiness and lapses into melodrama ‘Downton Abbey’ remains a show to watch, notable for its dreamy production values and the real depth of feeling it portrays between the classes,” Garrett wrote.

Slate’s Willa Paskin picked up a similar theme, noting that even though the skirts may be getting shorter and the music louder, it’s still the same old “Downton.” And that’s a problem.

“The show makes Granthams of all of us: content with what we have now  (a middling costume soap opera) because we can still remember its glorious past (that first season),” Paskin wrote. “It’s safer and cozier than a show about open class warfare.”

There may be nary a Bolshevik in the cloistered world of “Downton,”  but the death of a major character in last season’s finale was a bold move by creator Julian Fellowes that the Los Angeles Times’ Mary McNamara believes paid off. The car accident that permanently lifted Matthew Crawley (Dan Stevens) out of the series and broke viewers’ hearts on both ends of the pond, has helped his wife Lady Mary (Michelle Dockery) emerge as a more compelling figure, she argued.

“Never has the death of a character so obviously cleared away the brambles that can choke even a popular show to death,” McNamara wrote.

Newsday’s Verne Gay still pined for Matthew, however, noting in her review that his absence is “a black hole” in the middle of the show. Although the series sputters out of the gate, Gay wrote that it still had its charms and “… remains, as ever, a thing of immaculate beauty.”

It’s a darker show that occasionally stumbles as it attempts to take the action out of Edwardian times and into the Jazz Age, Bloomberg/Business Week’s  Claire Suddath argued. However, there’s still a healthy helping of ham for viewers to dig into along with those cucumber sandwiches.

“Fellowes has written plenty of salacious subplots to keep fans entertained,” Suddath wrote. “There are still grudges and rivalries and backstabbing servants.”

Until that time, however, the Variety critic noted “…this annual escape into the early-20th century is an experience in time travel not to be missed – and Fellowes, if not always generous with his beloved characters, remains the most hospitable of tour guides.”