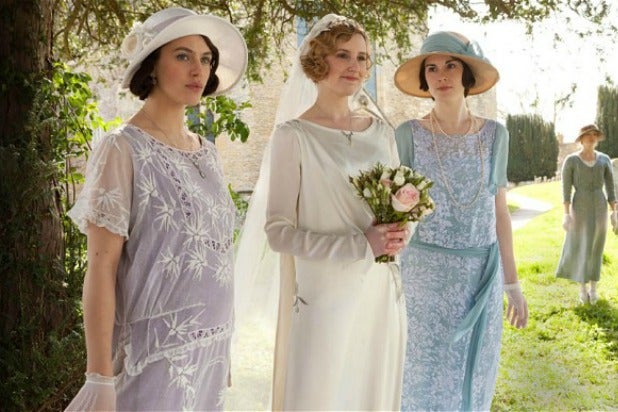 We understand why more than 11 million Americans tuned into “Downton Abbey” last season — they can’t resist the show’s upstairs-downstairs look at helpless aristocrats and the plucky servants who feed, clothe and wash them.

But another 300 million or so Americans don’t watch “Downton” — perhaps because we have a hard time relating to adult babies who need a vast cast of basement-dwellers to care for them. Sure, some of the problems on “Downton” are universal (my … husband … is … dead). But others are so silly that they make our First World Problems (my … iPhone screen … is … cracked) seem like Third World Problems by comparison.

Did you pour your own cereal this morning? By “Downton” standards, that makes you a survivalist. Here are five of the most unrelatable problems on Sunday’s Season 4 U.S. premiere of “Downton Abbey” (with some minor spoilers):

1. A maid has quit … without notice. The season premiere finds the entire Abbey touched by a universal tragedy: One of the household staff has decided to go do something else. The very nerve. The decision sets in motion lots of finger-pointing and a dilemma: Who will dress Lady Grantham? Here in the modern age, we’ve got 99 problems, but “Who will dress me” ain’t one.

2. A good carpenter is hard to find. It isn’t just the upper-class twits who have to worry. So does the help. One of our favorite members of the assistant class explains that he needs to talk to a visiting carpenter before said carpenter is allowed to work: “He needs to grasp the quality of the tapestry on the chairs before he starts slamming nails into them.” Yes! Exactly what we’ve been saying.

3. And can no one bring us a suitable pig man? In order to diversify, the Granthams decide to bring in pigs to farm. But things get messy, as they do with pigs, so they end up asking a tenant farmer to manage their pig affairs, because of course they do.

4. Mrs. Pattimore’s apron rips. Okay, maybe this doesn’t sound like a big deal, but understand: It rips right before Lady Grantham is about to come downstairs. That’s right, THE Lady Grantham, the one who never comes down to the servant’s quarters and will melt, Nazis-looking-at-the-Arc style, if she ever sees one of her employees in a ripped apron.  Luckily, the newfangled maid has a newfangled sewing machine and a massive poostorm is averted.

5. Where to hide the band? Finally, a problem we can all relate to, right? No? Nevermind. Rose decides to surprise Cousin Robert with a band on his birthday, and conspires with Mrs. Hughes to hide them downstairs. The servants are surprised to find out the bandleader is black, as are the Grathams. But Count Drummond is so so taken with the bandleader’s wit, pinchable cheeks and diminutive size that he immediately decides to adopt him, as well as his brother Willis, to leave at his new Abbey on Park Avenue. Whatchootalkinbout, Lady Grantham? Nothing. This last part only happens in our dreams.