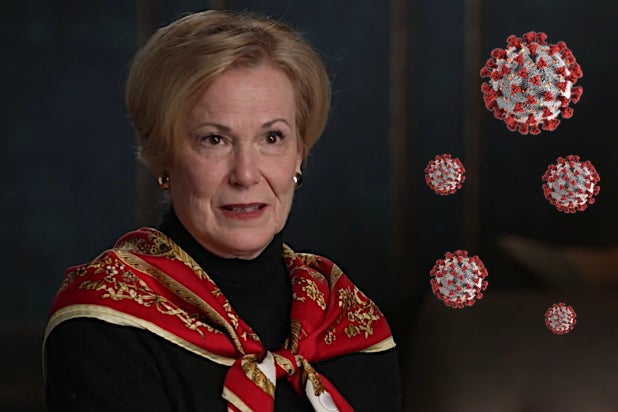 Dr. Deborah Birx, formerly of the White House coronavirus task force, thinks often about the day last spring when then-president Donald Trump advised Americans to inject disinfectants  In fact, she thinks about it “every day.”

In an interview with ABC News’ Terry Moran Monday, she said, “Frankly, I didn’t know how to handle that episode,” Birx said. “I still think about it every day.”

Birx, who was in the room when Trump made his suggestion, said she felt “uncomfortable, which is the reaction her facial expression at the time was also taken to mean. Birx never spoke about the moment publicly.

Late last April, Trump suggested during a COVID-19 briefing that medical experts should somehow try to find a way to inject light or disinfectants into the human body as a means to kill the coronavirus — methods that are either not possible or potentially fatal.

“Supposing we hit the body with a tremendous, whether it’s ultraviolet or just very powerful light, and I think you said that hasn’t been checked but you’re going to test it. And then I said, supposing you brought the light inside the body, which you can do either through the skin or in some other way, and I think you said you’re going to test that too. Sounds interesting,” Trump said. “And then I see the disinfectant where it knocks it out in a minute — one minute — and is there a way we can do something like that? Like injection inside or almost a cleaning because, you see, it gets in the lungs and it does a tremendous number in the lungs, so it’d be interesting to check that.”

“You’re going to have to use medical doctors, but it sounds interesting to me,” the president added.

Watch Birx finally talk about that moment below, via ABC News.

"You can see how extraordinarily uncomfortable I was," Dr. Deborah Birx says about the moment last year when she sat silently while former Pres. Trump raised the possibility of injecting disinfectant into people to treat COVID-19. https://t.co/Ta7pOW03jI pic.twitter.com/XQfPJ5NZs6