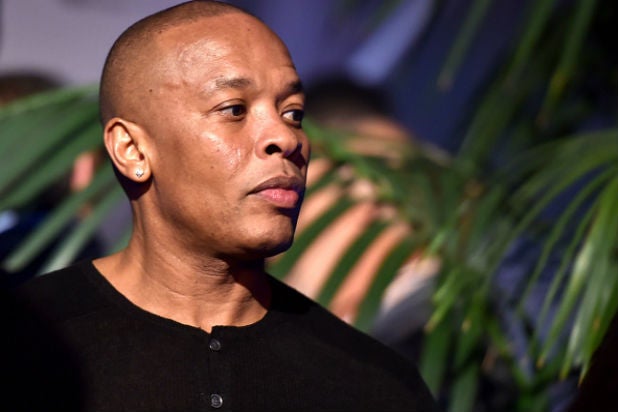 Dr. Dre issued an apology on Friday for abusing multiple women over the course of his life.

Dr. Dre, whose real name is Andre Young, faced renewed scrutiny following the release of the NWA biopic “Straight Outta Compton.” “Twenty-five years ago I was a young man drinking too much and in over my head with no real structure in my life,” Young said in a statement to the New York Times. “However, none of this is an excuse for what I did.”

“I’ve been married for 19 years and every day I’m working to be a better man for my family, seeking guidance along the way,” he continued. “I’m doing everything I can so I never resemble that man again. I apologize to the women I’ve hurt. I deeply regret what I did and know that it has forever impacted all of our lives.”

Several of Dre’s former girlfriends and love interests have come forward since the movie’s release to talk about physical abuse at the hand of the music mogul.

R&B singer Michel’le, who was romantically involved with Dr. Dre from the late-’80s until the mid-’90s, told the Times that the rapper on numerous occasions hit her with a closed fist and left her with “black eyes, a cracked rib and scars.”

Former fellow musician Tairrie B said that Dr. Dre punched her twice in the face at a Grammys after-party in 1990 after she recorded a track insulting him.

The legendary rapper and producer also addressed allegations that he beat female TV host Dee Barnes at a Los Angeles nightclub in 1991, as well as more recent charges of physical abuse by Michel’le, in the August issue of Rolling Stone.

He said: “I made some fucking horrible mistakes in my life. I was young, fucking stupid. I would say all the allegations aren’t true — some of them are,” he said. “Those are some of the things that I would like to take back … But I paid for those mistakes, and there’s no way in Hell that I will ever make another mistake like that again.”

The negative attention did not seem to affect the box office totals for “Straight Outta Compton.” The film opened to $60.2 million, the best ever opening for a music biopic or an R-rated movie in August.