Yes, you heard it right – the beloved Dr. Anthony Fauci called a U.S. senator a “moron” in a Capitol Hill hearing Tuesday regarding the nation’s COVID-19 response.

Fauci, appearing on MSNBC later in the day, did not shy away from the response, saying his reaction was based on the senator’s implication that Fauci was involved in the corrupt practice of investing in pharmaceutical companies based on insider knowledge, or “ahead of the game,” as Fauci put it.

Sen. Roger Marshall (R-Kan.) had challenged Fauci to “submit to Congress and the public a financial disclosure that includes your past and current investments,” during the Senate Health Committee hearing. 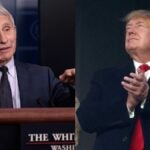 Also Read:
Fauci ‘Stunned’ That Trump Got Booed for Getting a COVID Booster Shot

Fauci replied by telling the senator what most sitting U.S. senators should know – that anyone who formally requested Fauci’s financial records had a lawful right to them, due to his position in the federal government as director of the National Institute of Allergy and Infectious Diseases and the Chief Medical Adviser to the president.

“You are so misinformed,” Fauci scoffed at Marshall, before the senator then laid the blame on Big Tech for his staff’s inability to acquire Fauci’s financial records.

“Totally incorrect,” Fauci again responded before the hearing moved ahead but not before Fauci got the last word, or words. 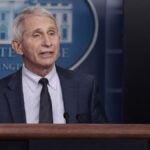 “What a moron. Jesus Christ,” Fauci could then be heard saying into a hot microphone.

“Didn’t sound like you at the end there, Dr. Fauci,” MSNBC’s Chris Hayes said, in his interview Tuesday night. “You seemed, uh, you seemed a little frustrated with that line of inquiry.”

While Fauci shut down Marshall’s implication in the hearing, he clarified his frustrations to MSNBC’s “All In With Chris Hayes.” 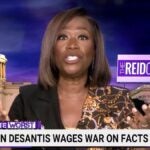 “He was totally implying that,” Fauci said in the interview. “He made the statement that ‘We can’t get your financial statement.’ It was stunning to me that a United States senator doesn’t realize that my financial statement is public knowledge. It was just like, ‘Where have you been?’”

Watch the full “All In With Chris Hayes” interview with Dr. Fauci here or at the top of this page. The part in which he addresses his exchanges with Sen. Marshall starts at the 5:10 mark.