MSNBC’s Joy Reid ripped Florida Gov. Ron DeSantis on Monday for his “crusade” against COVID testing and a remark that seemed to ignore his wife’s breast cancer diagnosis.

Reid first called out DeSantis for his focus on the crisis concerning critical race theory, the state’s public school curriculum and, as he put it, “a lot of inappropriate content that can be smuggled in” to classrooms.

Reid said DeSantis’ efforts should instead be placed squarely on the issue “that is literally ravaging his state right now” – COVID-19. 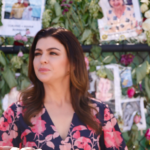 Reid, in the latest episode of “The Reid Out,” pointed out that Florida is breaking records for COVID cases with hospitalizations going up, all while COVID testing in the state continues to hit hurdles. Those include a batch of tests given to Broward County teachers that were found to be expired, Reid said, and a “bombshell admission” last week by DeSantis that as many as 1 million COVID tests in the state’s stockpile had expired without being used.

But DeSantis’ priorities are elsewhere, the MSNBC host said, made clear by the Florida governor’s recent “crusade against testing” highlighted by a remark that by many measures defies logic.

“Think about it – before COVID, did anyone go out and seek testing to determine if they were sick?” DeSantis said to reporters.

And with that, Reid went in. 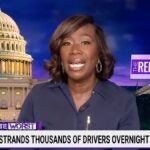 “Yes, Ron. Ya bum. It’s called preventive care!” Reid said. “It’s what you do in this country to get ahead of a potential illness rather than waiting until your situation gets worse.”

She then broke down the obvious, above a headline that ran throughout “The Absolute Worst” segment reading “FL GOV. RON DESANTIS WAGES WAR ON FACTS.”

“Florida offers testing for a host of medical issues, including HIV and other STDs. Maybe Ron has heard about, I don’t know, colonoscopies and mammograms that can detect various cancers,” said Reid, who then got personal on DeSantis, whose wife was diagnosed with breast cancer just three months ago. 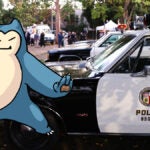 “His wife was one of the more than 300,000 women in the United States who were diagnosed with breast cancer last year,” Reid said. “Now fortunately, she appears to be on the road to recovery, and we wish her well.

“But she told all of us that she only found out about it because of early screening – aka testing.”

Watch the whole segment from “The Reid Out” here or below.