Two Los Angeles police officers who were fired in 2017 after opting to chase down a virtual Pokémon creature instead of responding to a robbery call have lost their appeal to be reinstated, according to court papers released on Monday.

The documents obtained by the Los Angeles Times say officers Louis Lozano and Eric Mitchell ignored their fellow officers’ request for backup at Crenshaw Mall, although they were near the scene of a robbery. The two officers’ squad car dashcam showed them refusing to respond to the call and simply leaving the scene.

They later claimed they were in a loud environment and could not near the radio, but their supervisor checked the dashcam footage and learned the pair heard the call, but chose to ignore it. The court papers state Lozano could be heard on the footage saying “screw it.”

LAPD’s Media Relations Division did not immediately respond to TheWrap’s request for comment on the Pokémon-loving police.

According to court filings, after leaving the scene, the two officers could be heard playing Pokémon GO on their cell phones and discussing the best ways to land the hard-to-catch character “Snorlax.” 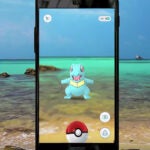 Their appeal was based on the grounds that the in-vehicle recordings were of “private conversations” and should not be used against them, but on Friday, a California judge dismissed the argument as “flawed” and denied the appeal.

Why are Snorlax (like good cops) so hard to find? According to one player’s advice on Quora, “Under normal conditions, players will usually find Snorlax in the wild at random, just like any other Pokémon in Pokémon GO… Snorlax has no specific environment, so it currently has a low catch rate.”