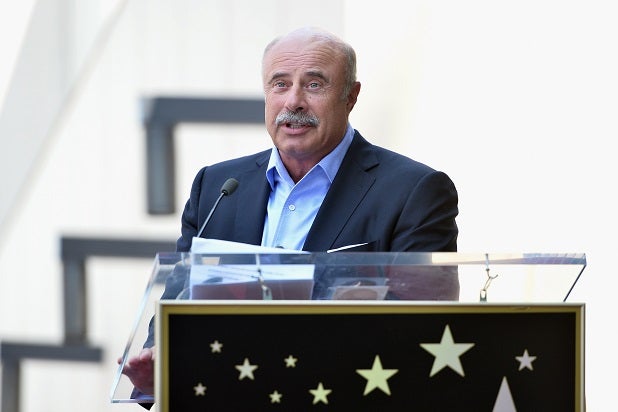 Television psychologist Phil McGraw has been slapped with a lawsuit by a couple claiming that McGraw exploited the fact that their daughter had solicited sex on the internet, and ultimately had her virtually incarcerated in a “private prison” rather than provide useful psychological counseling.

In the lawsuit, filed in federal court in Utah, Missouri couple Terri and David Myers claim that their daughter — identified as “SM” in the suit — and a female friend, both 15 at the time, had sex with an adult male, who was subsequently killed by a friend in front of the girls’ eyes. The trauma of the event, the lawsuit claims, caused SM to start “seeking for sex online with older men.”

The couple reached out to McGraw, who subsequently featured the story on an episode of “Dr. Phil” that aired in February 2013, according to the suit. But instead of showing any sympathy for their daughter’s plight, the couple says, McGraw lambasted the family, berating the mother for failing her daughter “by a country mile” and tearing into the daughter for seeking sex on the internet.

Eventually, McGraw offered free treatment for the girl at Utah facility in Island View — which, according to the lawsuit, is a “punitive behavior modification lock-down facility” and a “private prison.”

The suit alleges that, at Island View, SM was cut off from the outside world, subjected to a “demented regimen.” The complaint also claims that guards at Island View “mangled her arm, causing severe and irreparable orthopedic and neurological damage.”

The suit goes on to claim that McGraw “was paid either in money or notoriety, or both,” for endorsing Island View and other “abusive” facilities.

Update:  McGraw’s lawyer, Chip Babcock of Jackson, Walker LLP told TheWrap that the Myers’ daughter was at Island View voluntarily, and while McGraw recommended treatment, he did not control it, and had no influence over the girl’s treatment. He added that the lawsuit alleged no facts saying that McGraw had participated in any of the claims listed in the complaint. The case was ultimately dismissed.